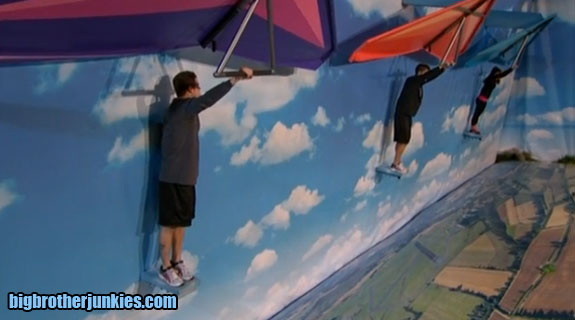 Round 1 Of The Final HoH Competition Results 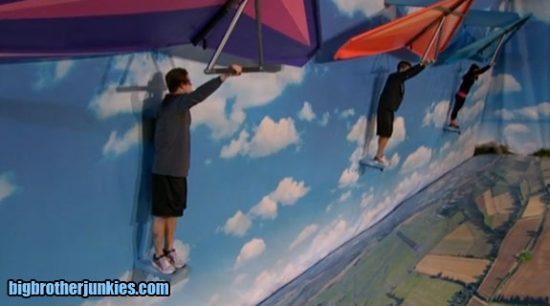 I know I’m super late on this information, but the honeymoon is now over and had to take the day to travel.  We had a fantastic time, and want to thank each and every one of you for the support you’ve given me this season on both my wedding and my parents.  I’m sure some of you are wondering about them, well nothing has changed. My mother is scheduled for her surgery next week and my father is still waiting to hear something.

He is a Vietnam War veteran and because of his service to the country, he is apparently punished for it by going through the VA.  It’s incredibly frustrating and disheartening to know one of the most important organizations for returning soldiers could be better managed by allowing a 6th grade class to handle it.

Enough rant, back to Big Brother.

After the eviction show, the feeds went down for a little while and then returned to show the three remaining houseguests doing the first part of the final HoH challenge – awesome.  Typically this competition is set-up and teased at the end of the live show, but I guess CBS didn’t want a flood of people signing into the live feeds to watch.  So, for the first time since I started blogging Big Brother, I missed covering an endurance competition.

It didn’t really matter. I could have told you who won the second Caleb walked out the door. For this endurance competition, I already pegged either Cody or Caleb winning it, and considering Caleb couldn’t compete.. well, Cody won it.   I’m not sure exactly when the competition started, but Victoria fell first (shocker) and Derrick managed to hang on another 20 or so minutes.  Not quite an epic endurance competition, but we haven’t really seen one in quite some time

(I realize I am sounding super negative tonight for some reason)

So, with Cody winning part 1 of the HoH competition, he will automatically move to part 3.  Derrick will compete with Victoria for part 2, and the winner of that competition (Derrick most likely) will face off against Cody live next Wednesday night.

I am still settling in, but wanted to report to you what happened in the BB house last night!