Teddi
Evicted
Home » Big Brother 16 » Less Than 2 Days To Go – What Will Happen?

Less Than 2 Days To Go – What Will Happen? 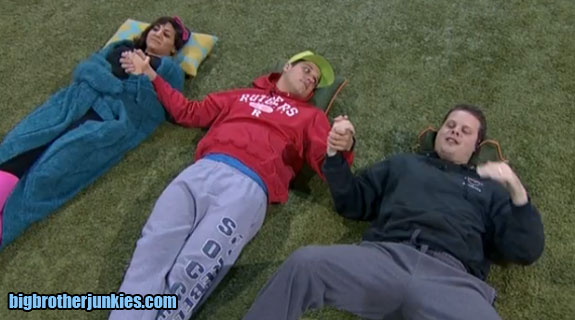 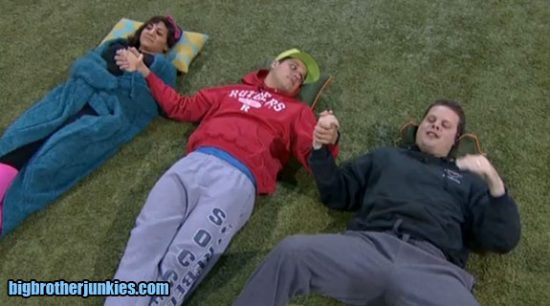 Apologies for the lack of updates, but honestly there isn’t a whole lot to update on. Instead, I’ve been able to get some stuff done that I’ve been neglecting, namely getting my tooth pulled yesterday (*cry*).

It’s not like it matters a whole lot. The final 3 is typically the most boring part of Big Brother, which is surprising they gave us nearly a week of that. There are only so many different times you can listen to people reminisce about a season.  The only strategy is whether Derrick will take Cody or Victoria to the final 2, or will Cody take Derrick or Victoria.  As it stands, Cody is still pretty loyal to Derrick, while Derrick is being Derrick.. loyal to both.

Next season for the final 3, they should just show the jury house that week.  I don’t think the jury is nearly as entertaining as people think it may be, but it’s likely more fun to watch that the ‘get along gang’ holding hands in the back yard chatting about the season.

As far as predictions, I can easily say Derrick will win if he makes the final 2.  The only wildcard is whether or not Cody realizes this and wins the last part of the HoH.  I know people have said they’d vote Victoria in their exit interviews and whatnot, but I call bull on that.  1-2 may remain bitter enough to do that, but Cody would still beat Victoria in the f2. I’d be blown away if Victoria ends up winning BB16.. it just won’t happen.

Anyway, I will be posting 1-2 threads tomorrow, but I wanted to take a moment to thank all the readers this season.   You’ve been fantastic. Seriously.  My first year blogging BB was a nightmare with a few trolls trying to screw things up, but it’s been getting better every year.  People who really love the show tend to end up at this site and it’s really fun reading the comments (even though I don’t always reply).

I also want to sincerely thank everyone for their support. As you know, this summer I not only learned my mother has cancer, but that supposedly ‘harmless’ lump on my father’s throat could be cancer and they want it removed asap. Sad ironic note, according to the VA.. ‘asap’ is mid-November.  Hopefully he decides to go out of network to do it sooner, but as people with insurance know, that costs a lot of $$ they don’t have.  Unreal.

Also, thank you to those who have donated this year! I started the summer saving for something like an Xbox, but after the news above, I decided to give all my donations to my parents.  Thanks to all of you, I was able to cut them a check for $600 today!  Sure, it’s a fraction of their hospital bills, but it’s still super generous and amazing considering they’re parents of some random blogger on the Internet.

Finally, I hope to have another blog up running this winter about other shows, so be sure to follow my personal facebook page for any updates on that, or anything else you’re curious about in my life haha.

See you tomorrow for the finale!