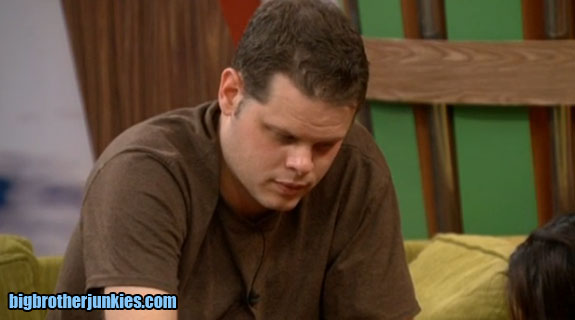 Round 2 Of The Final HoH Competition Results 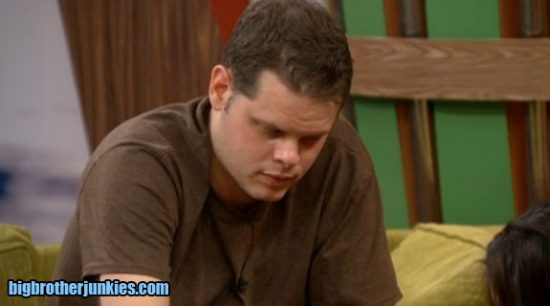 Before I begin with the spoilers, I am going to put it out there. After watching last night’s highlight episode, I kind of wish Caleb would still be in the game.  He may be a bit crazy, stalkerish and egotistical, but damn he is entertaining.  I love Donny, think he is a great guy, but at this point I wouldn’t mind if Caleb won America’s Favorite. Donny picked up his chunk of extra change through Team America, so it would be cool to see Caleb get a piece.  I certainly won’t be upset if Donny wins, or anyone for that matter – except Frankie.  I hate when people win stuff like that because they’re related to someone famous.. just like Elissa last season.  While BB15 had a pretty awful cast, Elissa did absolutely nothing in the house except be related to Rachel.

Last night was the annual episode that makes me sad that Big Brother is coming to an end and reminds me of all the fun I had blogging throughout the summer.  This cast didn’t have it’s BB15 moments, but they had quite a few of their own as witnessed last night.  Between now and the finale, there is almost nothing to write about, so my updates won’t be as often, and that also makes me a bit sad.  Part 3 of the competition is set to go on Wednesday night and the only thing between now and then will be speculation on who is going to the final 2.

As expected, Derrick won the second round of the HoH competition which means Victoria’s destiny is completely out of her hands (as if she ever had control of that).  On Wednesday night, Derrick will face off against Cody in some trivia style game and the winner will pick who he wants to sit next to in the finale.  Here are the options and likely results…

As bitter of a jury it may be, I don’t see there being any chance Victoria wins.  She may get a pity vote or two, but the only thing going for her is that she somehow survived being nominated most of the season.  I don’t think that’s enough to beat Cody’s social or competition game, and certainly not enough to beat someone who was never nominated. Even as that fact was pointed out by Frankie late in the season, Derrick still avoided sitting in the nomination chair.  That’s an incredible accomplishment so far, but he has one more competition to go.  Should Cody win the final HoH, technically Derrick is automatically nominated so his streak ends and can’t brag about that… even if Cody picks him.

So there you have it.  Cody or Derrick will win Big Brother 16, and there is about a 97% chance it will be Derrick unless Cody wins round 3 and picks Victoria.  The big question is, does Cody want that extra 0 on his Big Brother winnings check?

I blog stuff about Big Brother
Previous Round 1 Of The Final HoH Competition Results
Next Less Than 2 Days To Go – What Will Happen?
Subscribe
Login
355 Comments
Newest
Oldest Most Voted
Inline Feedbacks
View all comments