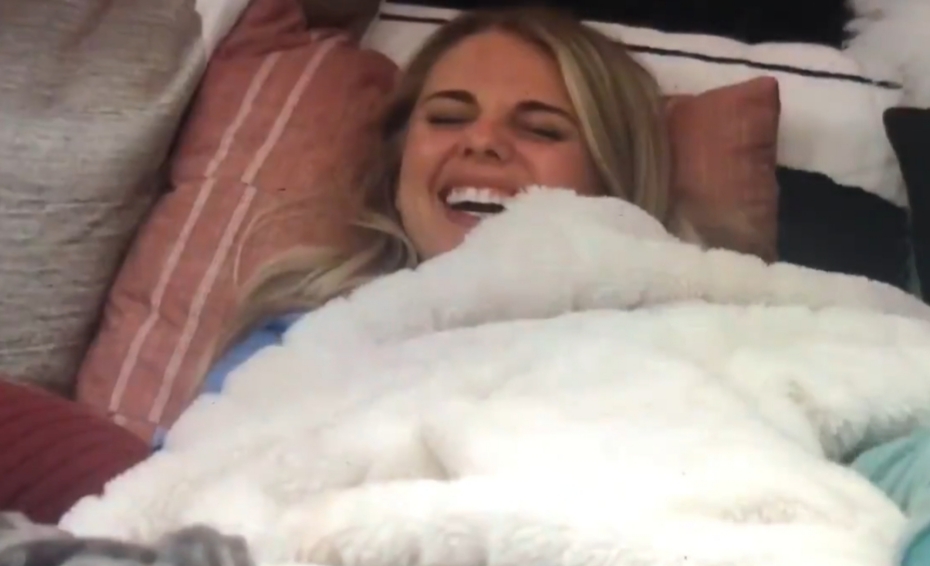 Final Five. The house went from 16 people to a small 5 person residence. All 5 of these players have played good games for this type of season. The power moved hands but did not shift sides.

1) CODY – His perfect map of alliances and pre-existing relationships has catapulted the S16 runner-up throughout this game to be always in the best position. His ally, Nicole. is the HOH. He won’t face the block during her reign. The biggest advantage of Nicole winning is that he can play in next week’s HOH competition. The Veto comp is more important in the late game because it guarantees safety and you play in it whether you are on the block or not. Cody has proven one a comp beast so he could steamroll the rest of the way especially when it is just him, Nicole, and Enzo in the house.

2) NICOLE – Some might say lucky. Some might say fortuitous. Whatever you call it, Nicole won the HOH competition last night. She won it after Christmas literally dropped her last ball on the balance beam and, thus, was eliminated from the competition. She has a final 2 with Cody, but that might cost her the game because the jury seems to be leaning toward picking Cody no matter who he is up against in the final 2.

3)ENZO – The Meow Meow remains in a good spot. He is going after Memphis and believes, like Nicole, that he could beat Cody. However, he might be wrong too. He smartly voted against David when he could have voted against Nicole. he has a good relationship with people in the house and in jury. His jury management has been good, but players also do recognize decent gameplay. Look at last year. Michie was generally disliked by the housemates, but they saw how many comp wins he had and explained well his logic for his moves.

4)MEMPHIS – This Renegade’s time in BB is coming to a final draw. He certainly showed his strategical prowess thought the season, but Cody is picking up wins left and right and Memphis is losing influence by the hour. He might be the target this week even though Nicole’s beef primarily is with Christmas.

5) CHRISTMAS – The person named after a holiday has been a Halloween disaster this season. She is currently annoying houseguests and they have on multiple occasions suggested voting out Christmas. However, the conversations end up just being a moot point. They will put up with her because they know she has ticked off the jury, which means it wouldn’t be bad for anyone’s game to take her there but I doubt that will happen. It would in Christmas’s best interest to strike an Ali/Jun deal with Nicole agreeing to take each other to the final 2. At that time in S4, both women did not like each other, were honest about not trusting each other but decided for the sake of their games that they needed to come together. Will we have another final 2 voted on by extremely bitter houseguests?

6) TYLER – Tyler started out so so good, but then he wanted to go home even though he was on top of the house. He missed Angela. Tyler should have kept his head in the game and he may still be in there. He will go to a jury house that has some enemies and some friends. I’m sure that he will mend the bridges there. It was fun watching Tyler for half the season even though he was a villain. And, who knows, he could have felt that he was on the hated side of the house and that might have made him want to leave more. I doubt we will see him again and I personally hope not. Thank you Tyler for a stellar S20 performance and at least making things very exciting on Triple Eviction Night. Evicted week 9. Jury member 6.