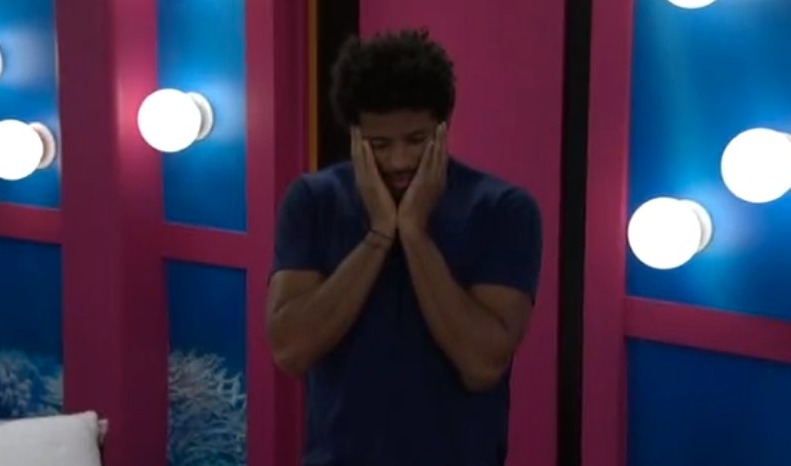 The cookout has worked harder at remaining discrete than anyone I’ve ever seen before, and they’ve done a phenomenal job at it. They’re almost never all in the same room together alone, they play up how much people dislike each other (while they aren’t bffs, Tiffany isn’t really a fan of Big D/Azah but they play it up way more than it is), and all communication is basically done through the game of telephone because of them never being in the same room together.

Never has an alliance this size been so successful for so long that they’ve yet to lose a single member nor has it ever really been close. They will be down to the final 8 and just need 2 more evictions to pull off the unthinkable which is to survive in-tact until the final 6. I don’t care how you feel about the reason the alliance is together, that’s a damn impressive run that will secure their spot as the most successful 6 person alliance in show history for a long time (as soon as one of them wins, which they are almost certain to at this point).

However, getting to the final 6 will get tougher and tougher each of the next two evictions because there is just simply nobody left in the house to evict.  All it takes is for Alyssa/Claire (whoever is remaining) to win the final 7 HoH and they won’t reach their goal. And Kyland may have just made that a tad tougher today as he did a major slip-up that left him cursing himself for a solid 5-10 minutes.

Here is what happened….

Tiffany had a super-long talk with SB this morning (speaking of, Tiffany is so incredibly talented at the social aspect of this game. She made it feel like it was a compliment that SB is getting evicted). After the conversation, Tiffany finds Kyland in the open bedroom and decides to re-tell the situation with SB.  She immediately tells him if he weren’t in the 6, she’d be voting him out. That’s how convincing SB was up there.  This is when Kyland looks over and notices something so he gives Tiff a hint… 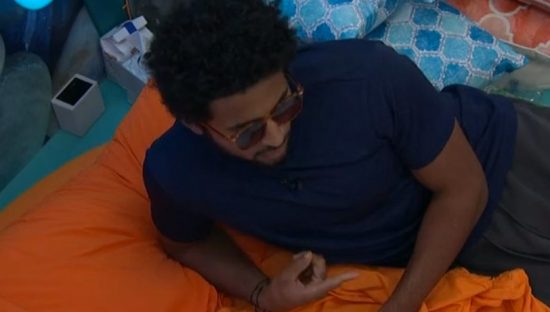 What did Kyland see on the other side of the room?  Oh, just Alyssa laying there possibly sleeping (possibly awake) 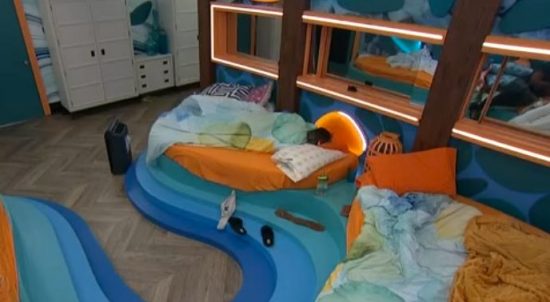 Tiffany hits him with a sock and asks how long she has been there and he said he just got in the room but just noticed she was there.  This is when it set in that he may have just helped expose his alliance 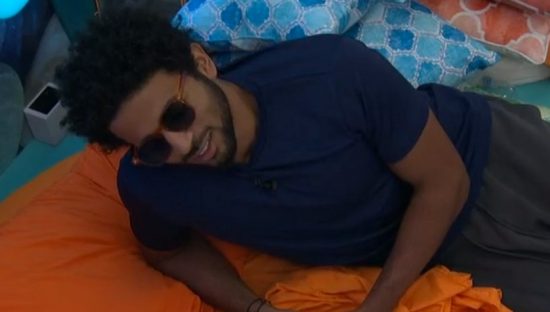 Nearly two months into the game only to let the cat out of the bag because you didn’t look around the very room you were in before you started talking strategy.  Painful.

While this is good for entertaining feeds, it really means nothing in the grand scheme of things.  As I pointed out above, this won’t change a whole lot regarding the game simply because there aren’t enough people left to do anything.  They could sit Alyssa down and spell out exactly what happened this season and it won’t mean anything if she can’t win the HoH. The only thing this really changes is that Alyssa will almost certainly be the next target before she has a chance to put the pieces together (assuming she was even awake).

Tiffany didn’t really reveal a whole lot other than mentioning that Kyland should feel lucky he’s with the 6. And while that’s a pretty huge hint, this house has been so clueless to that alliance all season that I have a feeling even if they did sit Alyssa down and spell it all out, she’d still deny it exists (only half kidding there).

Tonight is an endurance comp for the HoH so Alyssa actually does have a good chance at winning it and shaking things up, but don’t hold your breath on that.  Tune in tonight. I’ll have a new thread up around 7:30 pm est.  Have a good day!