Keesha
Evicted
Home / Big Brother: Over The Top / Am I Out Of Touch With America Regarding Showmances? 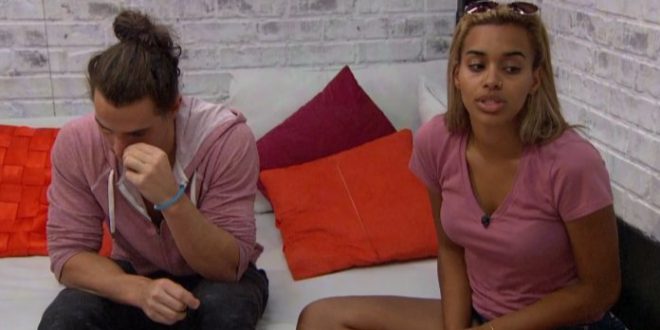 Am I Out Of Touch With America Regarding Showmances? 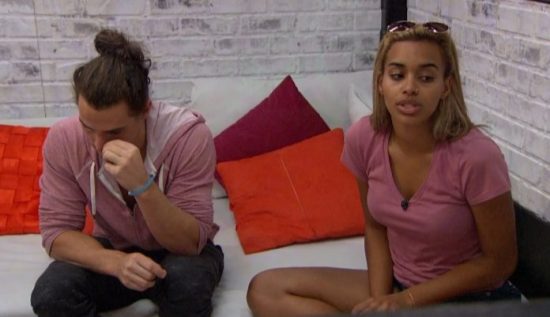 Ever since Alex won HoH, the pressure on Danielle and Shane has been growing as they are becoming a target in the house. I know it, they know it, even my cat knows it (I mentioned my cat just for the guy who complained about that last season). However, in attempts to comfort them, both Kryssie have Jason have said on different occasions what good of shape they’re in because “America loves showmances”.

Am I out of touch here?

Personally, I think showmances are boring as shit and I would be completely happy without any forming during a season.  Don’t get me wrong, I’m not completely cold-hearted on the issue.  I understand if you put a bunch of good looking 20-somethings in the house, people will hook it up. If it happens, it happens. However, if and when it happens, I don’t root for the pair any more because they’re ‘cute together’, I’m more likely to root against them because most showmances become boring.

While I have nothing against these people personally, let’s look at some of the recent showmances…

And yes, I’ll say it as well, Rachel and Brendan are annoying to watch, and Jeff and Jordan aren’t much better.  Scratch that, Jeff and Jordan weren’t bad. I don’t like how Jeff constantly makes fun of Jordan to get laughs, but both are still entertaining whether alone or together.

So, I’m not crazy, right? As a fanbase, we’re kind of over the whole showmance thing I’d think. There are a few couples who have been tolerable, but most just go up each other’s asses and spend the game ‘cuddling’.

What do you guys think of showmances?