Another Big Brother Controversy – Should Haleigh Be HoH? 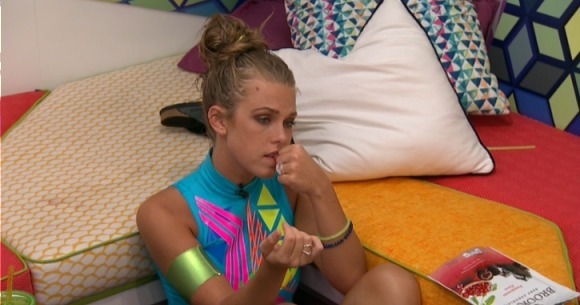 Another day, another issue erupting on Twitter about Big Brother 20!

This one comes shortly after the CBS episode aired last night and they showed the DR sessions talking about the HOH competition. One thing said by Kaycee caught the attention of people – including myself – but the way she said it created a bit of doubt.

Kaycee said during her DR segment “This is way harder than it looks, because not only are you spinning, but you at least have to keep one foot on the disc at all times because if you slip and sit on the disc, you’re out of the game”

Now, this is what has people worked up: 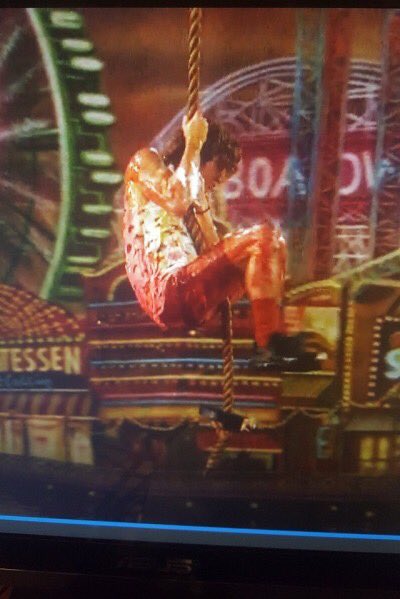 Tyler’s two feet are not on the disc.  Disqualification?  That’s hard to say.

This is what the production leak had to say:

The rules of the competition were not just what Angela said. The real rules are read by production over PA are the rules and they get to ask questions.

The rules were the same as BB17. One foot must be on disc, no sitting, and cannot fall below the disc.#BB20

Looking back at BB17 version of this competition, Julie didn’t mention anything about feet or butt hitting the platform when she explained the rules. During the next episode when they discussed the comp in the DR, Liz explained the rules further. She said “not only are we spinning around, but we have to keep one foot on the disc at all times. Luckily, we can swap, but one foot has to stay on the disc” (emphasis: mine)

Looking back at the BB18 version, Julie mentions how they may squat but not sit. They didn’t discuss the rules in the DR sessions unless I missed it. I did skip ahead 10 seconds at a time because Natalie’s voice was painful the first time and didn’t want to hear it a second.

So, where does that leave us?  Well, during the HoH competition, Scottie got knocked from his feet and fell to the platform. Seeing as he was sitting on it, he said something along the lines of “is that it?”. Feeds went down a second for production to answer and when they returned, he was walking away. This means they were indeed enforcing rules and that’s why Scottie was eliminated.

Now, here is the tricky part of the rules. The rules are there to prevent a competitor from exploiting them to their advantage. That’s the grey area of this issue because in no way would holding your legs up the way Tyler did be considered an advantage. Plus, in most major sporting events, there is a brief period of time when a team can challenge a play. If play resumes and the team never challenged a play, the game continues whether a call was incorrect or not. This is the way most things are in competitions these days. If play continues and something is overlooked, it typically stands.

This is a pretty good way to describe the situation:

I don’t know why some of you are trying to fight tooth and nail over this. It’s obvious Tyler should have been eliminated, but he wasn’t. So stop crying…
They aren’t going to rewind the entire week and make them play HOH again or give it to Haystack, and redo veto. It’s over

My ruling – I agree with Dick. Tyler should have been eliminated when that happened. However, production missed it and we’re now on Monday afternoon.  They’re not going to erase the last few days because someone missed something during a competition – especially when that rule made it harder on the player breaking the rule.  That’s just another blunder by production to add to the list.