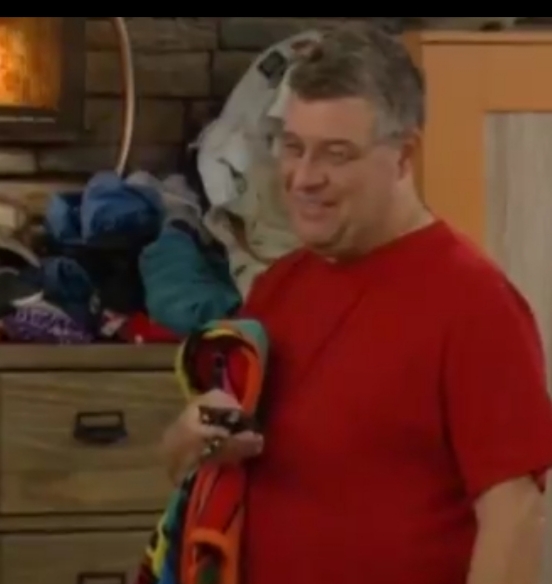 Good morning, it was a slow day in the BB house but that’s normal for Tuesdays and Wednesdays. Cliff and Nicole were just talking about the same thing. They were wondering what the season would be like for them and for fans if BB had a 50 day season but had 2 evictions each week. (We already know, it would be a 2 month long Celebrity BB or similar)  Not that it matters, CBS has found a formula that works as far as comps, editing and cost so they’re not going to change it because we get restless.

I recently heard Jackson talking about how much money CBS spends on the show. He was talking about the shoes they gave Sis for her costume and something else. (I can’t remember) He’s convinced they throw millions of dollars at the show because they have so much money, they just don’t care. I was laughing while watching the feeds that day because the opposite is true. One of the reasons CBS likes the show is because it fills 3 nights a week in the summer which is the worst time of year to get viewers and because by comparison, it’s super cheap to produce.  Production is notorious for doing things the cheapest way possible regarding BB.  I’ve always been obsessed with the way production runs the show. I’m sure I didn’t mention it in the recap because even though I perk up when I hear things like that, it’s not the kind of thing most people are worried about. I wrote a very lengthy editorial for Steve on here a couple of years ago about productions involvement, decisions and my obsession with it. I covered the usual stuff about them trying to plant ideas in the DR and guide the story line but other things like the way the jury house is handled, things they do to save money, etc. What can I say? I’m a BB nerd who had too much time on my hands that summer. I compared myself to people who’d like to watch a live show.  I’ve always said that didn’t interest me but I’d lose my mind if I ever got to walk around the perimeter in between the house and the outside. I’d want to see the cameras on the little runners, the storage area where the leftover comp stuff is kept and ask Trevor Boris a ton of questions. (He was the comp design guy)  Wouldn’t you love to get paid to test out the comps before they’re used on the show? Maybe not, but I would.  Actually, this year, I’d want to be the person who does the grocery shopping and ‘accidentally’ forget Jacksons watermelons.

OK, I’ve tried to be good about not rambling too much this year but hey, nobody’s perfect. I’ll get to what little game was going on yesterday:

Tommy wants to work with Beth after Jackson leaves and he doesn’t want a deal with Cliff  to screw that up. This is something that’s been developing all this week but there’s no point in going over all yesterdays conversations individually since it was a repeat. (I mean, why waste time with something that silly when I can talk about BB grocery shopping right?)  I think it was yesterday, I mentioned Tommy not being as excited to work with Cliff  as the others and it’s finally becoming more clear to the rest of them. We already knew that because we’ve known Cliff  was always one of Tommy’s main targets.  There was more talk about AFP too and Tommy doesn’t like hearing people say it’s between Kat and Cliff even though he doesn’t say anything. Sure, he’s afraid of Cliff  in comps but he also knows Kat and Cliffs chances for AFP decrease the earlier they leave. You can tell by things he’s said before, Tommy thinks it’s between Cliff, Kat and himself. Obviously, he wants to win the entire game but if he doesn’t, AFP would be a nice little backup prize.

Tommy’s talked to Nick, Sis and Christie about wanting to back off the 6 person deal with Cliff  and Nicole.  He said it makes more sense to wait and make a deal next week after they know who wins the next hoh. He doesn’t want anything about a deal to get back to Beth and Jackson. (Tommy basically wants everything for nothing) He told Nick he’s worried about pissing off  Beth and Jackson because it will cost him 2 jury votes. The reasons he’s giving for backing off the deal is saying Kat made him a better deal because her deal is simpler. She said she won’t put him up or Nick and Sis. Eventually, Tommy told Sis and Nick, he liked Kats deal better because it didn’t include Christie.  He also said he told everyone he wasn’t going to make new alliances this week and he’s trying to stick to his word. (These are just excuses to back off the deal)  This new F6 started going bad when Christie and Sis said they wanted to make their own deals with Cliff for their votes. Not only does it increase the chances word will get out, it also gives Cliff less options if he wins hoh.

Tommy wants someone to put Beth and Jackson on the block.  That way, Tommy is forced to vote one of them out but it maintains his relationship with Beth.  He does want Cliff to stay this week and wants to use him to take out Jackson.  Kat and Jackson both need to go for Tommy to have Beth.  He already believes Nick, Sis and Christie are most loyal to him.  He’s also convinced Beth is closer to him than anyone else in the group.  If he can get things to play out this way, it leaves him in a house with 4 people claiming to take him to F2 against Nicole and Jess. (He may not even be against Nicole and I could see him wanting to go to the end with either Nicole or Sis but that’s just a guess)

Beth spoke with Tommy, Sis and later Christie joined too. She said Cliff was trying to make a deal with them because she wants them to know Cliff is trying to work with everyone in the house. This strategy won’t work because whether you like Cliffs prior hoh decision or not, his word means a lot in the house. If he gives it, theyll believe him.  She also told them Nick was still trying to play both sides and spreading a lot of info. She talked about still being torn over who to vote out this week and said she loved them both. Beth’s trying to play up how hard the decision is for her and Jackson.

Taco Tuesday happened again and so did the ‘what I’m grateful for’ round table.  I dread this every week and it isn’t because of the sometimes lame things they say. It’s because after everyone’s little speech, they bang on the table and it really hurts my ears! Stop that!!

Christie and Sis went to the hoh after dinner. They are worried for Tommy if he doesn’t make a deal with Cliff. They think he’s trying to force the 5 geting back together and Christie says she’s not gonna do it.  She said she understands Tommy’s relationship with Beth and doesn’t blame him but it doesn’t work for her. She said she trusts Jess more than Beth. They question why both Beth and Jackson are saying they don’t know who to vote out. They see the flaw in the story even if Beth, Kat and Jackson don’t.  If Kat is really coming after Jackson and going to put Beth and Jackson otb, why in the hell would they be torn over who they should evict? Christie said if Beth and Jess were otb, she would vote out Beth. Sis wouldn’t go that far  because she has a better relationship with her than Christie. Christie said she understood Sis felt differently about it.

Sis was the person who asked why Cliff would want to promise to keep Tommy safe if he wasn’t getting anything in return. You know your plan sucks when Sis can easily point to the flaws in it. Just sayin’.

Once again, Beth and Jackson questioned Cliff about the live feeds. It may have finally sunk in this time.  Jackson asked the hypothetical question about people getting it on and whether or not the feeds would cut away from them. Cliff told them probably not.  This also appeared to be the time they realized that live feeds have a rewind feature. Cliff said that sometimes, when there is a lot of blanket movement and people want to analyze it, they share time stamp info so people can easily go back and find it. Beth sure doesn’t looked happy about this:

Nick spent a lot of time being cocky and bragging. As usual, he’s giving up too much info.  He had a lengthy chat with Kat about the alliance of 8 and how he started it.  He was kind of walking her through everything that’s happened in the house since the game started. All he probably did was piss off Kat and Tommy a little bit too.  Tommy’s also sick of Nick dry humping everyone. Nick thinks he’s funny but Tommy, not so much anymore.

I hear a lot of fans talking about how they can’t stand Nick and they don’t like his personality but I’m finding it odd that people aren’t screaming for him to be ejected from the house.  Dont misunderstand me, I’m not saying he should be ejected or that I want fans trying  to make it to happen.  I think Nick is creepy but if they don’t want to work with him, throw his ass on the block and send him to jury. I just find it odd that it isn’t happening when there was an entire campaign last year to have JC tossed. JC’s behavior wasn’t even close to what we’re seeing from Nick. The hgs also didn’t have a problem with JC or his behavior last year. Nick,on the other hand, has had several of them telling him he needs to chill.  Maybe I only feel this way because I was in the percentage of people who liked JC and respected the game he played. I still think it’s bullshit and yeah Twitter, I’m talking to you.

Things will hopefully be more lively today because the campaigning should be happening. Have a great Wednesday. Sorry for any typos, I’m running late for work.