Will The Beard Make A Big Move? 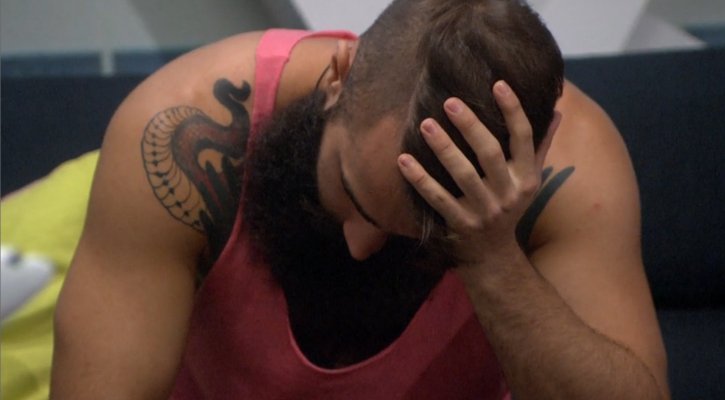 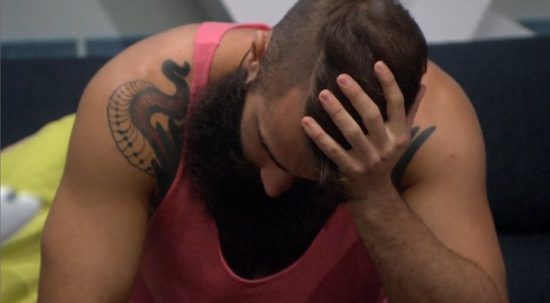 If you’re just tuning in to find out who won the HoH competition, well the answer is above. After keeping us in the dark for about an hour+, the feeds returned with Paul wearing the HoH key and pretty much everyone in the house happy, except Bridgette.  Easy and boring week, right? Well, if Paul has his way it will be. If Paulie has his way, however, things could get interesting. Paul is pretty content with putting up Bridgette next to anyone willing to go up and send her home this week. He was looking for volunteers, and also tossing out some names like Natalie. She got wind of that and used the puppy dog eyes on James who said he will ‘call in a favor’ to keep her off the block this week. Apparently it worked as even Nicole volunteered to be a pawn as long as she gets promised she won’t be nominated during a double eviction week. Of course James proved that word in the Big Brother house doesn’t actually mean anything, but if Nicole feels good about it, good for her.

While all of this was going on, Paulie was in Paul’s ear about another plan all together. Getting Da’Vonne out. Paulie is quite aware of the threat Day poses to his game, and wants to use Paul as a puppet to do his dirty work (you can tell he spoke game with Derrick a lot).  Day has been spreading seeds in the house about getting out the showmances, and Paulie knows he would probably be one of her first targets. Despite being super arrogant, it’s quite smart of him to use Paul like this, and he will gain massive Big Brother points if he pulls it off.

The pawn discussion went late into the night with Paul still focused on the HUGE threat of Bridgette, until Paulie offered to go up as a pawn himself. By doing this, he helps ease Paul’s fear of needing more guys playing the veto competition, and gives him a lot more leverage on who to put up as a replacement should anyone but Da’Vonne win the veto. It’s a big risk, but in Paulie’s mind, keeping Day in the house is a bigger one, so it’s worth it to him.

Now, what is actually good for Paul’s game? Easy. The massive power looming of the showmances. The people Day has been worried about (and rightfully so). Paulie and Corey are pretty damn tight, and they each come with someone who would vote along their way. That’s a 4-block of votes in any direction almost every week. Dangerous. Of course it’s pretty hard to go after Paulie or Corey without shaking up the house, but Nicole offering to be a pawn may have been the opening he needed. Keep her on the block, send her home, and use the numbers he has with Vic, Day, and maybe Michelle and Bridgette to then work on getting out Corey or Paulie.

But, we’ll most likely see a whole week of everyone trashing Bridgette until she walks out the door Thursday.