Brendon entered the house as one of the 6 former players to return as part of the “double trouble” theme where he would be paired up with someone he was aligned with during his season.  Naturally, it was his girlfriend Rachel Reilly as the two remained together after the show, despite a little blip called the “Skype Incident” (Brendon showed his weewee to some girl on skype, they broke up, then kiss and made up).

The pair instantly aligned with the other 2 veteran pairs (Jeff and Jordan, and Dick and Daniele), and became a very dominant force in the house playing against 8 new players, most of which are not the most physically fit or competitive.   Even when Dick abruptly left the house, the 5 veterans were very tight and dominating challenges, and the minds of their competitors.   It got to the point where anyone competing against them would simply throw the challenge so they wouldn’t become a target, which just gave the veterans more power in the house.

Things were not all smooth sailing for Brendon, as his girlfriend Rachel continued to let her competitive side out, which resulted in a lot of arguments and scolding on his part.  In fact, one CBS episode in the season focused nearly entirely on the two fighting, which drew harsh criticism from bloggers, including Big Brother Junkies.  Many have said that was the worst episode they have seen in Big Brother in a long time, and the ratings were backing it up as they were slowly losing viewers every week.

Brendon also tried to take a very dominant role in the house outside his relationship with Rachel, including some intimidation tactics on the new players that would make Russell Hantz proud.   This was not lost on Daniele, who became friends with one of the newbies, Dominic, who was also one of those being intimidated by the vets.  This resulted in Daniele making a power play to try and work with Brendon and Rachel to shake up with veterans and target Jeff and Jordan, but when they chose to stick with their alliance, Brendon became the main target of Daniele.

When Daniele won the Head of Household, Rachel and Brendon tried to become close with her again, offering deals for her safety, but hell hath no fury like a woman scorned, Rachel and Brendon were up on the block against each other.   This lead to a very emotional week for the lovers, as a lot of tears were shed by Rachel, even after Brendon won the power of veto.   He instantly told Rachel that he was going to use it on her because he felt she had a better chance at getting further in the game (a lie, he just wanted to fall on his sword for her), but let the house (including his allies, Jeff and Jordan) think he was using it on himself.   This was a very weak attempt to cause a shake-up, as Daniele was likely going to put Jordan as the replacement regardless of who was removed, and that is what she did.

Despite winning two seasons ago, Jordan was still not a threat, and very well liked, making her the perfect pawn in this situation. Daniele’s plan worked, and Brendon was the 5th person to leave the house.

note, bio taken from his time on Big Brother 12

Name: Brendon Villegas
Age: 30
Current Residence: Riverside, Calif.
Occupation: High School Swim Coach
Three adjectives that describe you: Fun, driven, intelligible
Favorite activities: Running, basketball, swimming and cycling
What do you think will be the most difficult part about living inside the Big Brother house: Privacy
Strategy for winning Big Brother: Get girls to like me and turn them against each other
What types of people would you NOT choose to live with you in the house: Mean-spirited, bigots
Which past Big Brother cast member did you More…like most or least: I liked Dr. Will from season 2.
What are you afraid of: Scorpions
What is the accomplishment you are most proud of: Getting a full ride to UCLA for a PhD in Biom. Physics
Finish this sentence: “My life’s motto is:” To make a large impression on this planet after I’m gone.
Is there anything else you want the fans to know about yourself: I’m always up for fun, and I have no problem debating or supporting my beliefs. 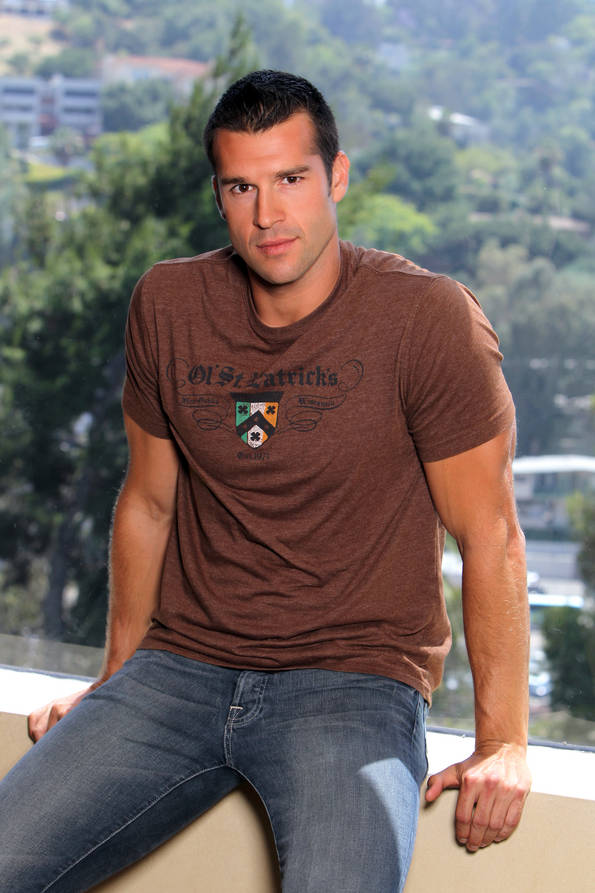 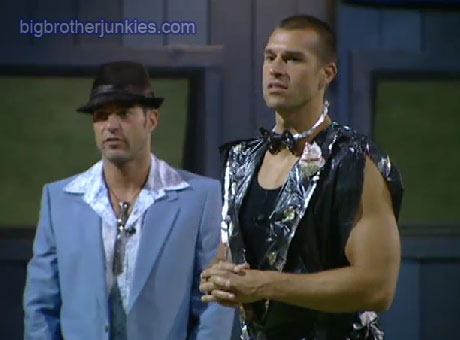