Shelly Moore entered the house as the second oldest player, and quickly became the oldest when Evil Dick left the game for unexplained reasons.   She partnered up with Cassi Colvin as part of the “double trouble” theme, and the two of them spent the first two weeks in the house bonding over their slop diet.   Shelly and Cassi were “have nots” in the first two weeks and were required to eat slop, shower in cold water, and sleep in a padded room that never goes dark.

The first week, Shelly made a secret alliance with the veterans of the house, and went behind her alliances back to vote out Keith.  She carried the secret behind her partners back which ate away at her, and you could often see her crying over it.

In the second week, Adam and Dominic were nominated for eviction, but after winning the power of veto, Shelly and Cassi were nominated with the full expectation to vote out Cassi.   Confident that she was not going home, Shelly spent the better part of the week bonding more with Cassi, which also helped prevent Cassi from campaigning against her.  This worked out well as the vote was 9-0 to remove Cassi from the game, giving Shelly the 3rd golden key, making her safe until there were 10 people remaining in the house.

Name: Shelly Moore
Age: 41
Hometown: Centerville, Ohio (living in Prairieville, La.)
Occupation: Outdoors Industry Executive
Three adjectives that describe you: Dynamic, tenacious and giving
Favorite activities: I like to play with my family.  We play wall ball and Super Mario is hilarious.  We like to ride bikes and scooters and swim a lot.  I also like collecting all the junk mail, then saving it, and then putting all of it in a postage paid junk mail envelope to send back to one of the senders.
What do you think will be the most difficult part about living inside the BIG BROTHER house? (Dealing with) the filth of people who don’t clean up their stuff.  The other hard part would be sleeping in a room with people who snore.  Also, popping a zit in front of America would be a new challenge.
Strategy for winning BIG BROTHER: I’m a leader, a ring leader and a team builder.  I would try to pull a good group of people together that could mutually benefit from the arrangement.
Which past BIG BROTHER cast member did you like most or least? I loved Jeff and Jordan.  They were genuine and real.  They were also extremely classy and represented themselves very well as human beings.
What are you afraid of? Snakes and really tall buildings.
What is the accomplishment you are most proud of? My daughter.  Every smile, every hug, every word… she is part of her daddy and me.
Finish this sentence: My life’s motto is… It is not the critic who counts, not the man who points out how the strong man stumbled, or where the doer of deeds could have done them better. The credit belongs to the man in the arena… Teddy Roosevelt
What would you take into the house and why?
My husband and daughter smiling in a picture, Monster Blue (energy drink) and ear plugs.
What would you do if BIG BROTHER made you famous? I would make a bee line to St. Jude’s hospital with my little girl and do all we could for those kids. 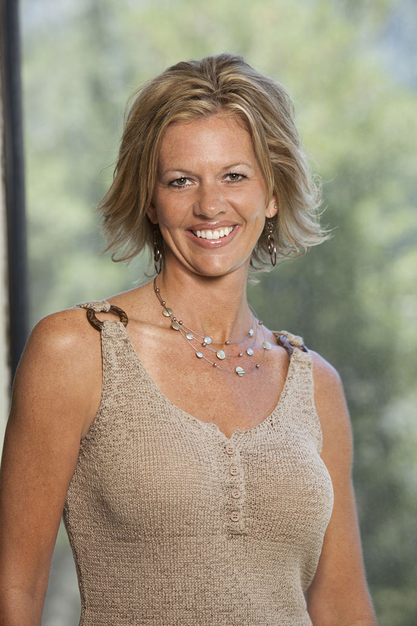 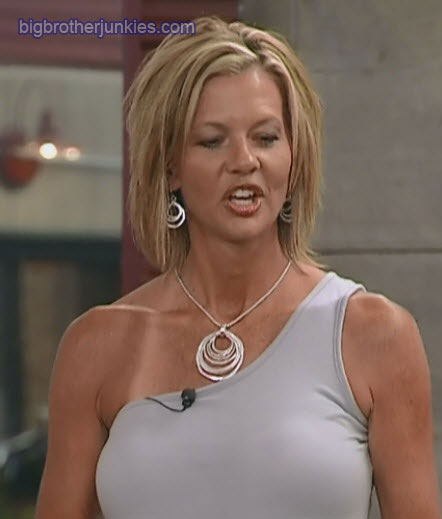