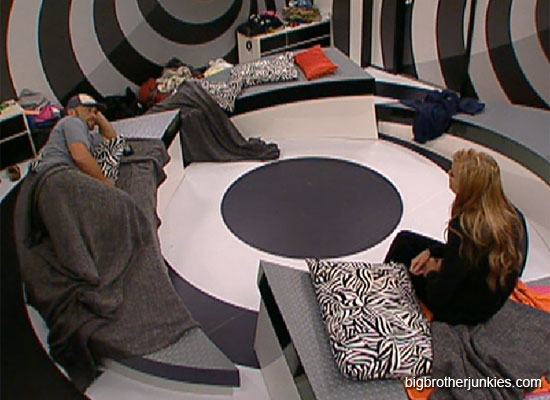 Checking in on the live feeds, here are some things I can pull together

10:12am – Kara is pulling herself together and trying to stay in the house this week.  She’s working on making a secret alliance with Willie, especially considering there was a lot of tension between the two earlier in the week.  Willie is pushing Kara to stray from her loyalty to Dan and not tell him everything that happens, she agrees that she’s playing for herself.

I have to say, Willie so far is quickly becoming a strong social player and could go fairly deep in the game.  Unless he starts coming unglued like his nephew Brandon on Survivor, you may be seeing a lot of Willie this season.  I think that’s a good thing, the game can use people like that. 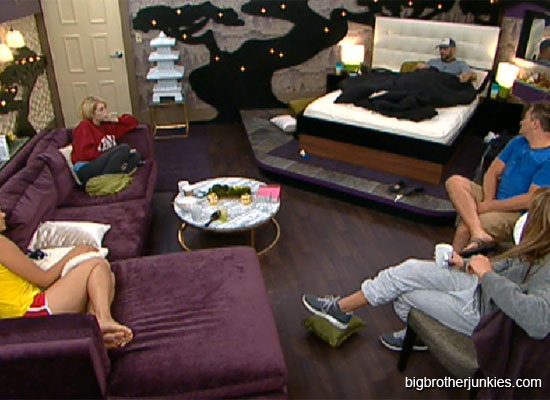 10:19am – Willie is back up in the HoH telling Britney, Janelle, Wil, and Joe about the conversation with Kara.  Willie is blaming it on poor coaching, or that she’s (Kara) is just flat out shy.  Apparently Kara has not really spoken with many people in the house.

Update on Ashley – She left the house to see a doctor about her pain.  They were talking about it then the feeds were cut. Feeds back and no longer talking about her

10:32am – Interesting development that the players/coaches are realizing that when you eliminate all of the coaches players, the coach is removed from the game which increases the odds for everyone else, especially during coaches challenges.  This could be very bad for Kara’s chances.

Update on Hantz-gate – Britney was asking Willie about Survivor so it’s very likely he got some family stuff in his HoH basket and couldn’t hide his relation to Russell. 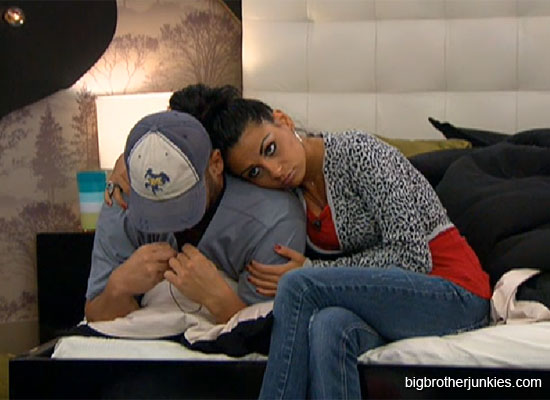 10:49am – Willie and crew are still up in the HoH room, joined by JoJo.  They are still talking about how Dan has been making bad mistakes including picking Danielle over Willie, and how she jumped all over him when he entered the house.  Now the Dick-Danielle sploogefest is commencing.

Update on Ashley – She’s back in the house and in bed.  No word on her health.  Probably screwed her back on those beds.  I also guess she never left the house, she’s still waiting to see a doctor 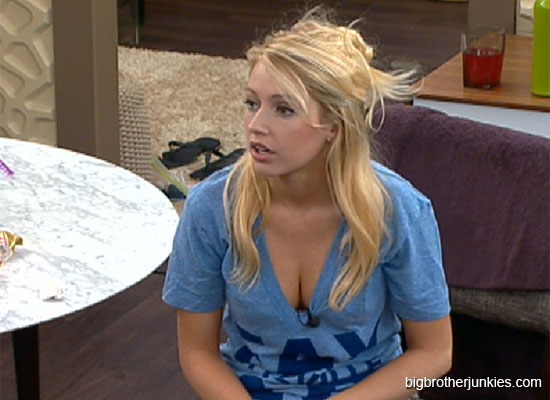 11:11 – Britney is chatting with Willie up in the HoH room and it sounds like they’re real set on Kara going home still, despite Willie’s earlier conversation.   Brit also then makes fun of how Joe was in a complete panic when Ashley was missing from the house.

The veto competition should be happening soon, so my updates may be slow and then I’ll just update people when the feeds are back on.