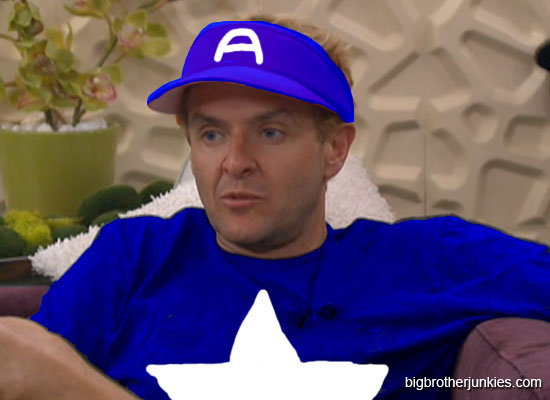 Well you can always try to the solo route

If you’ve been following along, Mike Boogie has been playing real hard to try and flip the house against the Big Brother Queen, and you know what happens when you try that without a smarter, better player helping you?  You fail.  To summarize, on the live feeds throughout the day and last night, Boogie has been trying to get Dan, Danielle, Britney and Shane to join Frank and himself and form “The Avengers”.

In theory this would be a very solid plan, for Boogie and Frank.  For the others, I’m not quite sure really.  This week is a pretty big one in the house as far as dividing up the house and setting the tone for at least the next few evictions.  If Boogie can flip the four on his side, you’ll see Janelle’s team falling eviction after eviction barring any of them winning HoH.  This means Janelle, Wil, Joe, then the floaters like Jenn, Ian and Ashley.   However, if he cannot do it, Frank will be gone, and it will be another week to week basis.  The fab four will rely on HoH wins, and the word of Janelle to stay in the house.. neither is a reliable choice.   Granted, right now they have to rely on the word of Boogie, but Janelle clearly has more power and more reason to start pegging off the coaches.

It’s really tough to say what the right move is at this point for anyone.  I know if I were in the house, I’d want the veterans out as soon as possible, but they’re closely tied with a few newbies who may end up being the Porsche, Shelly and Adam of this season.  Just do what the veterans say, and scrap them when they’re all done.  I can easily see Janelle or Dan winning the entire thing this season, and if no newbie wants that to happen, they may need to ditch the coaches and anyone loyal to them (Danielle).

As of now, Boogie is failing and Frank will be leaving the house this week.  That clears up one of the strongest newbies to oppose the veterans and neither Shane nor Danielle are looking at the big picture.  Bye bye Frank, hello easy veteran win this season.