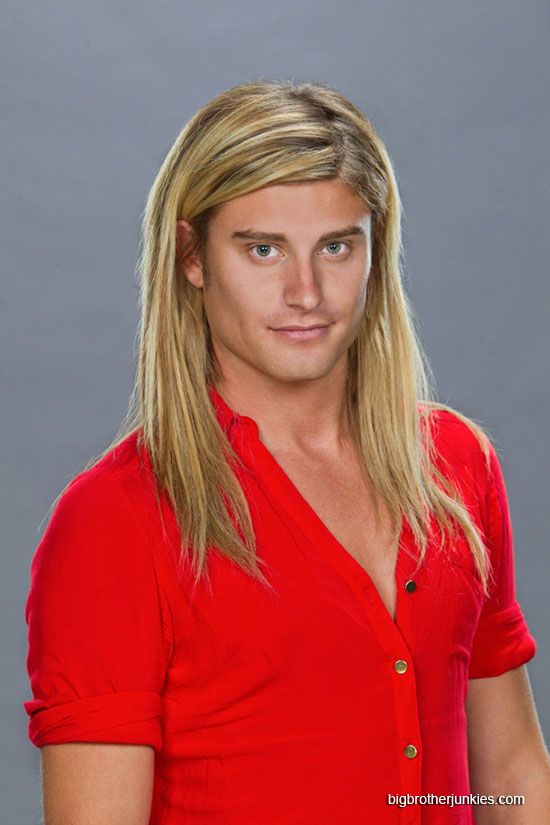 Well, that was a pretty good episode of Big Brother 14 on CBS.  Granted they skipped a lot of what was shown on the feeds, there is only so much you can do when you waste half hour on junk, then show the slop date that was over a week old.   They did cut the fight out of the feeds, so this was the first time I got to see it.  I’m honestly surprised how much CBS showed of it.  I thought they were going to give it like 30 seconds and pretend Willie never existed.

It’s a little disappointing to see Willie go out like that, I was really rooting for his alliance especially when they became the underdogs, but now he completely crushed Shane and JoJo.  It was also great to see Boogie screw up the competition because he was being a showoff again.  Maybe next time he’ll learn not to spike the ball until he gets into the endzone.

Before I get to the rankings, it’s my plug time – Sign up to the feeds for 3 days free.

Pretty good player so far, and he could be a sleeper through the rest of the game.  He’s playing the social game fairly well, and isn’t the low man on his team (that honor goes to Joe).  He dodged a bullet with Willie leaving because I feel he was going to be a target had Ashley flipped and voted out Frank, but now Wil may easily cruise to the final 5 or 4.

As far as winning it all, that will be tough.  His social game is there, so if he makes it to the final 2 he could win it.  The problem is I think people will realize that before he gets a chance and he’ll be voted out just before he gets close to the finish line

The only reason Shane is probably not in the top 2 is simply because he is going to suffer the same fate as JoJo.  In order to stay in the game, he’s going to need a “Crying Game” type of shower, get any last remaining stink of Hantz off his body and try to somehow start fresh.  Because he’s so strong and also has a strong social game, I think there is certainly an outside chance that he could partner up with Frank and end up running the house.

The key on whether or not this happens is he can survive the next few weeks.  He’s lucky enough that he wasn’t a vocal person in the Willie alliance, and can easily distance himself once the game wears on… the trick will be surviving that long.

Just because I listed Ashley 3rd doesn’t mean I don’t think she can win.  I think the top 4 from my list have a real legitimate shot at winning and I’d put money on it that one of them leaves the house with the $500k.   Ashley is doing a phenomenal job as the sneaky player who is the nice girl of the house.  She somehow managed to brilliantly play the swing vote perfectly last week, and escaped without a scratch.

Originally I felt she was just out there, and maybe she is, but it’s working for her.  Listening to her talk to people, she forms a connection with them and they start really trusting her.  I think Ian is head over heels about her right now, but he’s trying to play it cool.  The reason I don’t see her winning is simply because nobody is going to take her to the finals if she doesn’t win the final HoH.  She’d have far too many friends on jury.

I think losing the last HoH competition (which was likely done intentionally) was a very strong move on Ian’s part and gave me the confidence to put him up there at #2.  The biggest thing people are scared of is his brains, and to fail and question challenge probably alleviated a lot of worries from other houseguests.

I mean you have Boogie saying he doesn’t stand a chance with Ashley, is that because he thinks he’s ugly?  Honestly, he’s probably the second best looking guy in the house after Shane .. when he’s not stereotypically dressing like a nerd with a bowtie.  I mean people agree with me right?  He’s certainly better looking than the guy who said he couldn’t get Ashley (Boogie).   I think his relaxing personality, ability to learn quickly and completely non threatening physical stature will allow him to slip deep into the game.   I wouldn’t be shocked at all to see him walk out as the winner.

Frank is what Shane would be, if he had the votes and power.  He’s charismatic, strong physically and has the ability to be the relaxed guy in a wild house.  His ability to convince Willie to keep him in the house was shocking considering how well Willie seemed to understand the game.  Now that his biggest threat is out of the game, with Frank doing absolutely zero dirty work in the process, but he still may have a rocky road ahead.

Keep in mind he is a major threat and people know it.  I can see Janelle turning on him in a flash and working to get him out.  If Frank wins this game, he’s likely going to be nominated again, and be forced to either talk his way out of it again or win the veto.  There is no way he’ll be in the finals by flying under the radar, that’s for sure.

What do you think of my rankings?  How would you rank the top players in the game right now?  I want to hear some feedback on this!