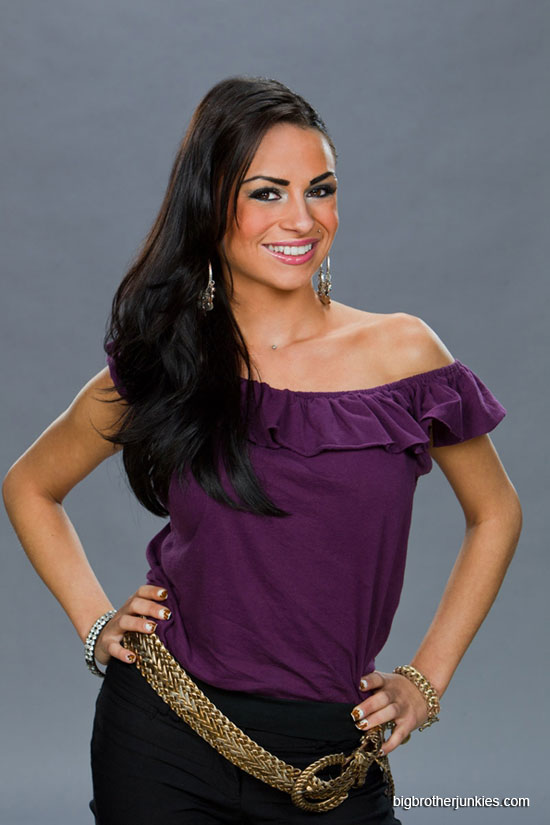 Seeing as three people are already eliminated from the house, and we’ve had a solid 2+ weeks to understand the houseguests and see how they play, I think it may be time to better analyze the rankings of each player.

Note, this is not the order I think they’ll be evicted, just the strength of each person.   Obviously the people at the bottom of the list have a very hard chance at winning (in my opinion of course)

Before I begin, just sign up to the feeds already, you know you want to see what’s going on.

Danielle has it rough for multiple reasons.  First, she’s a pretty weak player and that’s been evident from day 1. Many people still don’t understand why she was picked on Dan’s team second, unless he has a thing for brunettes.  (It doesn’t hurt she ran in and practically humped him when he walked through the door)

Not only has she been weak in competitions, her social game is also lacking. Very rarely do you see her talking game, and when she is it’s generally listening to Dan go on and on about what he thinks will happen.   I can’t see her making final 6, if she survives this week.

While Shane may be able to get out of Willie’s shadow, I don’t think JoJo really has a chance.  She’s admitted she was cast to BB through her facebook page and had no clue about the show Survivor.   She understands little to nothing about reality shows and was clearly just recruited for eye candy.. for the Jersey Shore lovers these days.

When she firmly hooked her horse to Willie’s wagon, he was either going to make her or break her.  Because he’s now out of the game, she’s soon to be gone as well.  She’d easily be 9th place if not for the fact that Danielle has so little chance due to being the only player left on Dan’s team.

This guy is a loose cannon and I think he’s going to wear out his welcome as soon as the power alliance has to start feeding on each other. Even his own alliance has been struggling to keep up with him, and it’s only a matter of time until he’s out the door.

While I don’t think he’s going to be evicted right away, he could actually make final 6 or even 5 but then wiped out when there is simply no better options to choose from.  Being a weak competitor so far, he’ll be out of the game as soon as the house wants him to.  He’s basically at their mercy and will just have to keep cooking in order to extend his summer as long as possible.

When Jenn is evicted from the house, you’re going to see a lot of sad people pretending like it was the toughest thing in the world to do, but they simply didn’t get to know her well enough and that’s why she’s gone.

Despite being part of Boogie’s team, she’s easily the first to go when he has two of his players on the block together.  Boogie will campaign more for Ian or Frank simply because he knows they have a better shot at the end.   Jenn’s physical game so far is mediocre to best, and her social game isn’t a whole lot better.  She doesn’t upset people, but she’s also not miss popular.

Tune in to CBS tonight at 8pm est to watch Big Brother..
Follow me on twitter while I watch the show with you..
Then watch the show on the live feeds after for free

I’ll do the rest of the rankings soon, maybe tonight or maybe tomorrow.  Who do you think will be my top 3 picks?