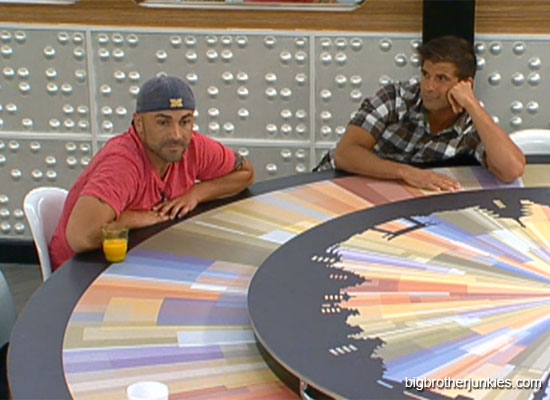 Big Brother 14 – Time For The Dust To Settle

It appears the Hantz bully tactics don’t work in a situation where you can’t find an immunity idol and use it to scare off your competitors for weeks.  Willie, despite being very close with Ashley throughout the week completely overplayed his situation in the past few days and had a secure power alliance to a crumbling mess.  He had the numbers, the confidence, the support, and then boom.. his house of cards fell down around him and he’s most likely going to find himself on the block this week.

Tuning into the live feeds to watch the aftermath, here is what is happening:

(using bbt / pst – to flashback, convert to your timezone)

7:10pm – A lot of the players are celebrating while Willie had a shocked look on his face sitting at the table for a few minutes.  He then went into the bedroom to talk with Britney about not using the saving power on him if she wins the coaches challenge this week.  Little does he realize, seconds before she was contemplating trading him away if she wins… 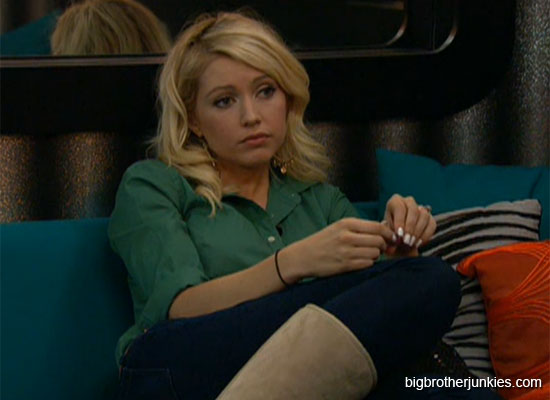 In fact, as I type, she (Britney) is in the arcade room talking to Shane about the possibility of trading Willie.   I’d be willing to be production makes the coaches challenge super easy this week to give Britney a chance.  They want this to happen, they need it to happen.

7:25pm – Britney is in the arcade room still bashing Willie to Shane, while JoJo clearly decided to go down with the sinking ship and is sitting next to Willie at the kitchen table.  Scrap that, JoJo went to take Shane’s place in the arcade room with Brit while Shane is hanging out with Willie in the bathroom.

7:45pm – Sulking hour continues as JoJo and Shane lick their wounds and try to regroup in the living room.  They’re also trying to figure out the wording for the last HoH question.. hey, maybe two half a brains could equal one.

It’s going to be a busy weekend with nominations and plenty of drama.  I’m going to relax after a long day of sitting in the dentist chair then blogging.  I’ll update this if something exciting happens otherwise I’ll start a new thread tomorrow morning.