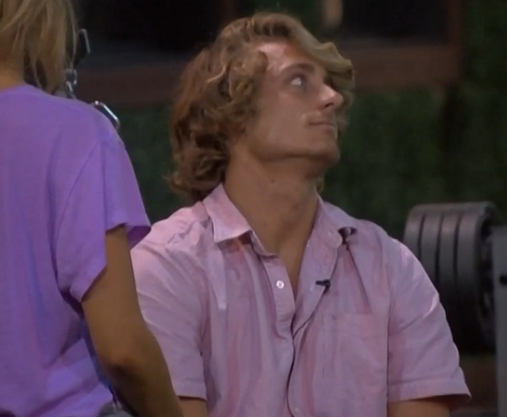 With Aaryn’s maturity levels reaching all time lows this week, it’s only fitting she had a conversation (and breakup) with Dave that reminded me of stuff I heard around 14 years old.  If you set the flashback to 11:40pm and watch this painfully awkward conversation, you will see what I’m talking about.

Aaryn and Dave have had one of the more awkward ‘showmances’ to begin with, but I suppose that is going to happen when you pair a cold-hearted mean girl with a laid back surfer type.  Aaryn goes on and on about how he’s just difficult to talk to, and when her conversations consist of bashing everyone in the house, that makes sense. Additionally, she wants a guy to take control, blah blah blah.  Seriously, this is stuff I dealt with in high school when kids were super shallow, dated only on looks then a week later realized a relationship requires conversation and mental stimulation to survive.

In addition to the breakup, Dave is likely going home on Wednesday, but on the bright side, at least he won’t be associated with Aaryn for much longer.

As far as the rest of the night, it was pretty quiet except for the whole GinaMarie meltdown all day.  Apparently Big Brother took away most of her clothes, and I still don’t even understand why.  Some speculated there were logos and such on them, and she did mention how she had to cover up one logo the other day.  It’s probably becoming an editing nightmare to blur out the logos during the shows, especially when they have to blur out her mouth half the time. 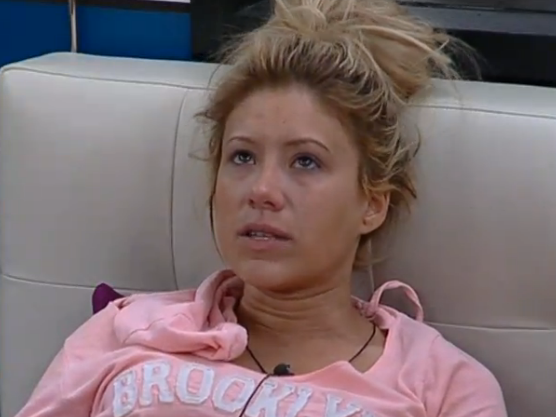 You can view a lot of her meltdown throughout the day, but a decent time is 8:30pm when she goes into a deep discussion about how she’s basically the loner of the family, no kids, blah blah.  I’d feel a lot more sympathy if she hadn’t been acting like a terrible person this week, so for now all I can do is laugh.

I will do some blogging today as I couldn’t last night due to the feeds blacking out for me.  I don’t expect a very wild day, but with this crew you never know.  I do know things will be pretty interesting on Wednesday night, and today will likely be the calm before the storm.