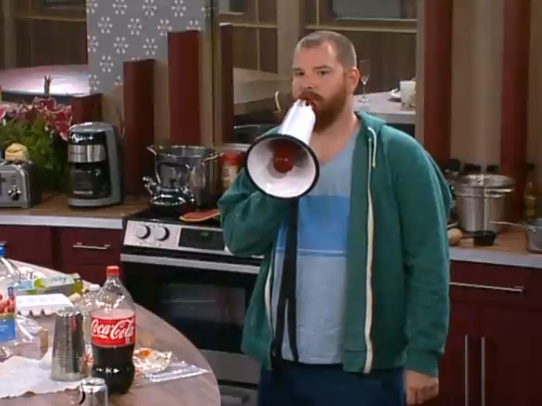 From what I’m gathering, I think I may be the only person watching Big Brother tonight.  It seems a lot of people are having issues with either Time Warner or the NFL being on, so they won’t be able to watch the show.  With that said, I’ll do my best to keep you updated here, facebook and twitter!

One thing I want to remind me of are the live feeds. I am sure the feeds are going to be pretty interesting after the show tonight, especially with two people heading out the door and a possible twist as well. There is still plenty of time to sign up for the feeds, and plenty of action to watch.  Click here, or the image below to sign up to the feeds and get a free trial!

Some interesting developments happened today, and no, Candice didn’t finally start to campaign to stay.  Judd and Jessie had quite an uncomfortable argument where Judd actually said some pretty mean things to her. Flashback to 1:24pm to watch the argument and see what was said

Jessie speculated that he did it so he can spend more time with Aaryn without feeling guilty, and you know what?  She’s probably right. Judd and Aaryn had a little kiss session going during the midway party last night, and this was just days after Judd was kissing Jessie in the back yard.  This is bad news for Judd because his alliance was already sketchy on him due to the MVP twist.  Once America started voting, the house has been blaming anyone and everyone for being the secret MVP.  The problem is, a lot of the people end up falling back to Judd, and there was talk of backdooring him tonight because the house is aware it’s a double eviction.

The good news, everyone in the house, including the first person evicted, has been selected to Jury.  This is 2 people more than the typical season, so the house is under the impression the next 2 to be evicted are going to lose out on the paid sequester vacation.  The only way this impacts the game is if Julie tells them prior to the second nomination.  If she does, they could send Judd packing as soon as tonight because he’ll already be in jury, but if not, they may give him a week and send Spencer home.

Anyway, on to the live blogging with 20 minutes to showtime!  Keep checking back for updates, and join the live feeds!

9:00pm – And we begin!  Julie announces that the jury begins, and she said she’ll drop those surprises.  That could influence the second vote.

Amanda tells the DR that she’s 99.9% sure that Judd is the MVP.   A sign that their alliance could be cracking tonight

9:05pm – They’re still showing flashbacks from the week.  They’re focusing on Jessie trying to flip the house on Amanda, which backfires pretty bad

Helen is scared that evicting Amanda will put a target on her back.  She’s probably right.

9:10pm – Julie announces the jury will consist of 9 people, and it’s also double eviction (they fake the shock)

Candice starts arguing with GinaMarie during her eviction speech.  Julie had to break it up and have Spencer just cut them off.

Off to the votes:

On the way out, Candice makes fun of GinaMarie for living with her mother, and GM replied ‘At least my mother likes me’ (note: Candice was adopted)

9:20pm – Julie is chatting with Candice about the issues in the house (race, fights, etc)

Julie drops a hint to Candice ‘good-bye for now, but there is a lot of summer left’

She is now deliberating on who to nominate.

9:30pm – Last minute strategy sessions for Aaryn before she picks her nominees.

Here we are, nominations……

Oh, before, Julie says that the MVP twist is done.  Only 2 nominees

Jessie and Spencer are nominated

They have to put together a puzzle together, and Aaryn quickly wins it

Aaryn has won a bunch of competitions but hasn’t really made any moves for herself.  She is a weird kind of floater.  Anyway, quick prediction, Jessie is going home.  We’ll find out soon

9:45pm – We’re back, time to see if Aaryn makes a big move and backdoor someone…

Aaryn uses the PoV and backdoors Judd.  He is now on the block and likely going home.   Wow\

Judd was evicted by unanimous vote.  Helen and Amanda are controlling the house, that’s likely your final 2.

10:00pm – Sorry for the slowness.  The server is under heavy load, working on it.  Anyway, Judd was eliminated, and not to toot my own horn, but I called it tonight

I guess the big thing was the no reset button.  Julie must have hinted reset because the MVP twist was going away, but the evicted members will probably have an influence in the game somehow still.. maybe

Sign up to the live feeds to watch the house reaction