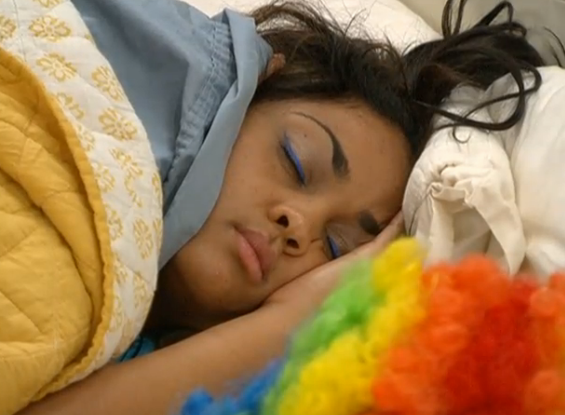 I’m late for my prediction thread!  I’ll have to speed this up if I want to get a live eviction thread going, so it’s going to be abbreviated (I say that now, but I love to ramble)…

If you watched CBS last night, Candice promised there would be fireworks in the house and world war III before she went out.  The above picture pretty much summed up her version of going to war.  Perhaps she was campaigning to the house in her sleep?   I don’t mean to pick on her but I’m just disappointed when I see people go without a fight.  Candice’s best efforts came when she approached Helen and asked her to do the campaigning this week.

For that reason, this prediction should be a simple one….

It should be the second unanimous vote of the season, despite the fact that Elissa and Helen have been friendly with Candice.   One could vote the other way just to stir the pot, maybe Jessie vote for Amanda, but I doubt it.

It will be a double eviction night, but this is just a wild guess for the second evicted person:

He didn’t make any friends today by basically telling Jessie he was annoyed with her and isn’t going to be working together.  They had a pretty big argument in the bathroom at 1:24pm (use the flashback feature here). So not only does half the house think he’s a huge schemer, but now they think he’s a jerk the way he spoke with Jessie. 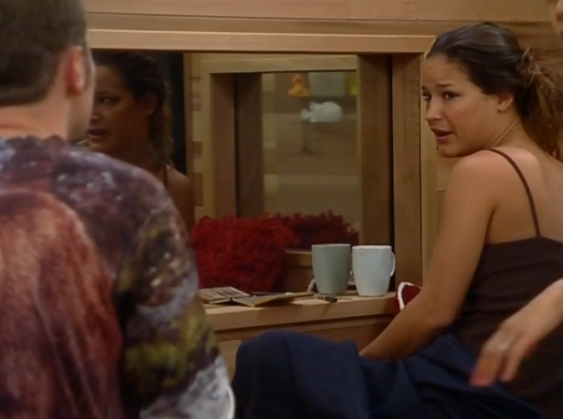 Judd goes off saying how Jessie makes him miserable, she’s the worst person in the house, etc.   Helen tried to calm down the situation, but she only blew it up by keeping them talking.

Anyway, I’m trying to rush so you have time to read this before my next thread.

Julie hinted that there will be another twist in the house and tweeted a photo of the reset button used last season when the coaches came in the game.  My best guess is at some point they’re going to have the houseguests go in the DR and vote whether or not they want to reset the game without the MVP.  If they do, Candice stays and they start fresh, and if they don’t, Candice goes and it’s back to craziness.

The only reason I think they’ll throw the Candice part in is because asking them if they want to get rid of the MVP twist without any drawback (like kicking someone out of the house you wanted), everyone would easily vote yes.

Anyway, here is a quick poll for who you think is going home..

I will be starting a live eviction thread shortly (2 hours or so), but had to get my predictions out