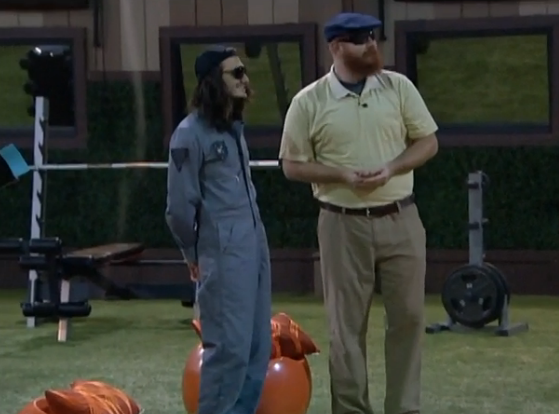 Bail out, Maverick! Bail out!

Yesterday was quite the strange day in the Big Brother house, starting with Jessie continuing her craziness and finishing with a wedding and some apologies.

McCrae and Amanda decided to seal their ‘showmance’ with a faux wedding that does more to put a target on their back than anything else.  A target that good players would see – key word: good players. The ironic thing about it is that Amanda and McCrae did their best to break up any showmance in the house, basically teaching the people that showmances are bad, yet continue to spit in the face of that logic.  I guess they can do that with this remaining cast.

I will be shocked, I mean absolutely blown away if Amanda and/or McCrae is not competing for the final HoH spot.  It’s almost a lock for one of them to make final 3, the question is basically whether or not they’ll both make it.  Amanda was in a perfect position to go home last week, and one of the alleged other ‘strong’ players even considered it (Helen), but backed out and decided to keep waiting.  She didn’t even push real hard for Andy to make a big move this week on the couple, despite him holding a lot of power with the HoH and PoV combination.

On the Jessie front, she had quite the afternoon, which I covered in this thread, but she calmed down quite a bit and by the end of the night was apologizing to both Helen and Elissa.  Of course, the apologies were guided on by Amanda, but that’s not a surprise at this point.  That’s Amanda’s house, they’re all just living in it.  Jessie thinks she can regain favor by doing the apologies, but nothing she can say or do will work at this point.  It can’t. Looking at each players game, I can’t think of any real reason to keep Jessie over Spencer at this point.  Jessie is a loose cannon, and Spencer is a wounded dog just looking to cling to anyone willing to feed him.

I’m not really sure what Jessie could have done differently in this game.  She’s not the most skilled social player in the world, but she did see an opportunity last week and jumped on it.  That was her moment to strike, and she tried.  Unlike Andy, I give Jessie credit for actually trying and not just accepting 3rd or 4th place.  I’d probably have done the same, as it would be better to sit in the jury house (or at home) than it would be to sit in the BB house with that crew when you have no chance at winning.

I’d take a beach house somewhere in California for a month over sitting in a cramped house eating slop with GM, Aaryn, Amanda, etc.  The only way I’d want to remain in the BB house at this point is if I had a legitimate shot at winning, which Jessie doesn’t.  She’s better off leaving on Thursday than stressing herself out even more.

Oh, almost forgot, if you want to see the wedding, flashback to 10:20pm.  I didn’t talk about it much because I have a strange feeling not many of my readers really care, but if you’re wondering how Amanda looked, here she is in her togadress 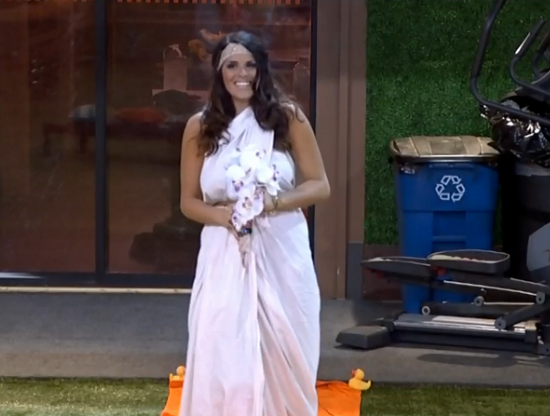