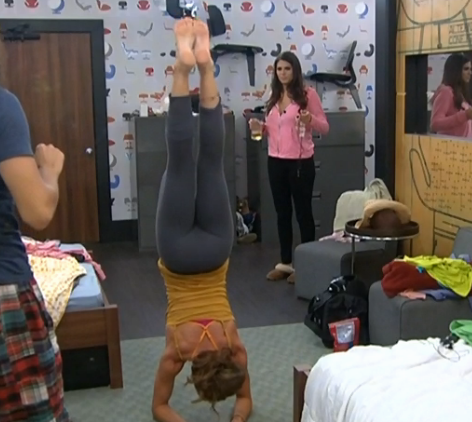 Here we are, just 30 minutes away from the start of another live episode of Big Brother 15!  On the block tonight are Amanda, Candice and Howard.  Any one of the three can heading home…. ok, I’m not Julie Chen, I’ll be real.  Howard should be heading home.  What follows will hopefully be a great endurance competition with a lot of good people competing.  At stake is a huge momentum twist in the house that could probably either allow Amanda to put her foot on the throat of the house, or someone else who can split up McCrae and Amanda.

My reminders:  To watch the endurance competition, CBS will stop at 10pm est, but around 10:30pm est the live feeds will be back up.  This will air the competition and you can get a free trial to them right here.

Of course you can simply follow along this blog, facebook or twitter, but it’s much more fun to watch the feeds, plus it helps support the site.

Again, get your free trial to the live feeds right here.  You don’t want to miss out on this endurance competition!

Keep checking back on this thread for updates throughout the show

9:00pm – The show is on.  Candice and Howard are having a little argument as he exercises.  More recaps of the week with Spencer trying to make some moves.

9:15pm – Still highlights from the week.  Candice is going a bit crazy but Howard is still the target.  I’m not exactly sure why, but probably because she’s a loose cannon.

9:20pm – We’re back and going to check in with the house.   Julie does her current events quiz to the house.  Lets them know about about Britney’s baby, then Kim Kardashian’s baby (serious, why is she relevant?), and finally the royal baby.  After that, she does a little segment on Judd including his hometown.

9:30pm – Eviction time.  The pointless last pleas to the house when they mostly do shout-outs.


Howard is evicted 7-1.   Blah, wrong by one vote.  I thought Spencer would take a shot at Amanda

9:40pm – Howard gets his notice that he’s out and it’s time to talk to Julie.  He leaves a lot more gracefully than Kaitlin last week.  It’s too bad, he seems like a really good guy.

9:45pm – We are the MVP once again, so vote for the person you want to be on the block

9:50pm – It’s time to begin the HoH competition!  Join the live feeds to watch the endurance competition once the episode ends

The houseguests are standing on moving barrels holding on to a rope.  Julie just told them there are 3 boxes to the first 3 people who get out of the competition.  One of the boxes contains $5,000.  I think I’d rather try for $500,000 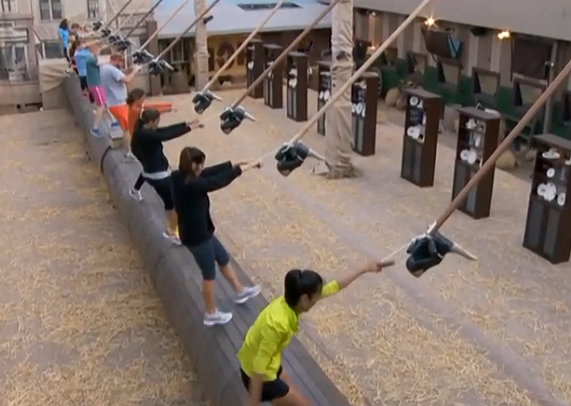 7:05 – Feeds are back up, everyone appears to still be on the barrels.  Some sound like they’re tiring, I expect a drop or two very soon.

7:15pm – The barrels are picking up speed after a brief stop.  Everyone is still on, but I am not sure Spencer will survive the night – literally

7:20pm – Everyone is still on.  Spencer is hanging in there!

7:25pm – Just like that, Spencer, Candice, Helen, Elissa and Amanda are down.  Reversing direction messed with a lot of people

7:48pm – Jessie is down.  GinaMarie is trying to cut a deal with McCrae 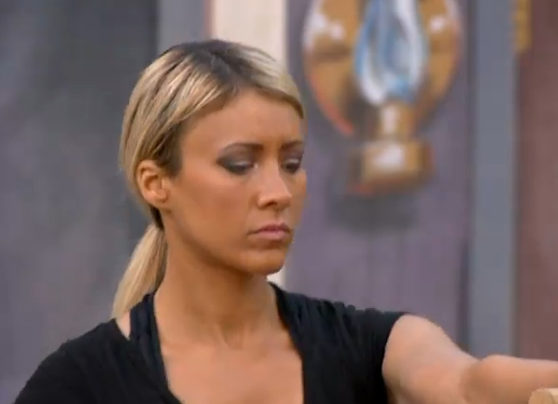 7:53pm – Still McCrae and GM battling it out.  One of them will be HoH