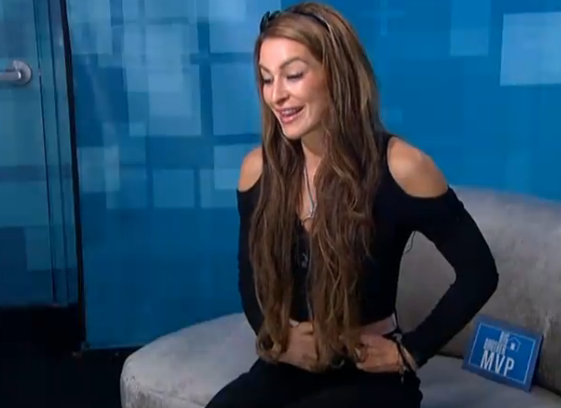 Big Brother 15 – Surprisingly Calm Night In The House, For Now

Nominations were held yesterday, and being on the block is nothing new for Elissa already (guess that’s part of being in the family), so last night was a lot more relaxed than it could have been.  With Elissa holding the MVP title once again, it makes sense there wasn’t as much pressure as normally would be in this situation. The Aaryn Brotherhood may hold the power of the HoH, but the real power is in the numbers.  No matter what happens with the PoV today, Elissa has the numbers to stay in the house if they want to keep her, so putting up a Jeremy as the MVP is almost a no-brainer for her.

Watch post-veto reactions after the MVP reveal
Get 2 days FREE!

Speaking of no-brain decisions, watching the Aaryn Brotherhood try to play the game is almost as bad as watching newbies face off against seasoned veterans.  Aaryn, GinaMarie, Jeremy and Dave are as dumb as rocks, and Kaitlin admitted that she never even heard of Big Brother before being recruited.  If those players were likable people, it would almost be a tragedy to see them form an alliance together, but their ignorance has given the viewers a common enemy.   (note: I hate lumping Kaitlin in with the ignorance, as I don’t think she’s actually said anything terrible, but she is guilty by association especially not stopping shitty remarks when she hears them)

Back to the game, today is the veto challenge, and also the reveal of who Elissa chose as the MVP Nominee.  That person will likely be Jeremy unless she had a list second change of heart, but I’m fairly certain he will be nominated.  That means when the PoV is over, regardless who wins, there is going to be a lot of tension in the house because another shot has been fired at their alliance.  Even if Jeremy is holding the Veto, they’ll know they’re powerless to prevent another one of them from going up (Kaitlin, GM, or Nick). Someone in the comments mentioned how the MVP has been karma this season, and I agree with that. I’d probably hate that twist if it were being used to send good people home, but so far it’s not.

Being Saturday, I may have some errands to run this afternoon, but I’ll try to keep you all updated as best I can via twitter or another live update thread on the blog.