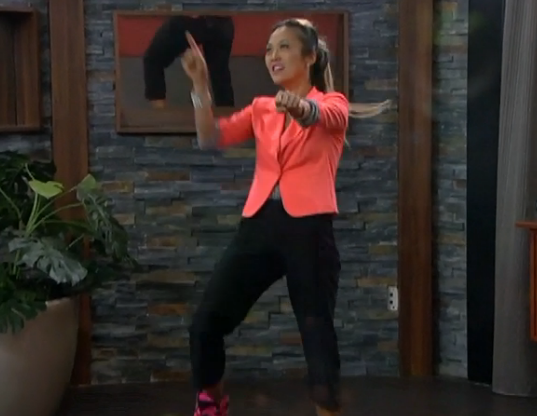 Will Helen be doing a PoV victory dance?

It’s Saturday, and the biggest competition of the week is upon us (I wish I knew what time).  Little does Helen realize, her Big Brother life will be at stake when she plays in the veto competition today.  Amanda has already made the decision that Helen has to go, and her followers are happily on board to evict yet another person who is a threat to her game.

I wish Amanda didn’t say such stupid things because I’d like to praise her game this season, but when I do, readers think I’m praising everything about her.  Personally she’s been a pretty awful person (few can deny that), but when it comes to BB, she is dominating this season.  Amanda is already planning on warming up to Elissa this week because she wants to manipulate the HoH next week should Elissa actually win.  While players like GM and Spencer are barely thinking an hour ahead, Amanda is already creating backup plans for next week.

When it comes to Big Brother strategy, it takes a lot to impress me these days, but Amanda is getting to that point.   Yes, she has really weak opponents right now, but keep in mind that’s not by accident.  Nick and Jeremy had potential to go pretty deep in the game, and they’re out because they were recognized as the threats they were.  Last season, Dan almost became the first two-time BB winner because that cast failed to recognize the threat he is, and let him linger far too long.  Amanda didn’t make the same mistake when it came to Nick and Jeremy.

Helen is a prime example of that mistake coming back to bite her in the ass.  Her motto this season has been ‘wait till next week’, but unless she wins the PoV today, there won’t be a next week for her.  To give her some credit, she did say she would have put McCrae and Amanda up together last week if she were HoH, but that was still a few weeks later than needed.

PS – I know a lot of the stuff said in this post was re-hashing old topics, but when the house is dead, I sometimes create threads just to let readers know I’m still alive and watching the feeds.  There is just nothing to report on right now, but want to give you guys something to talk about.