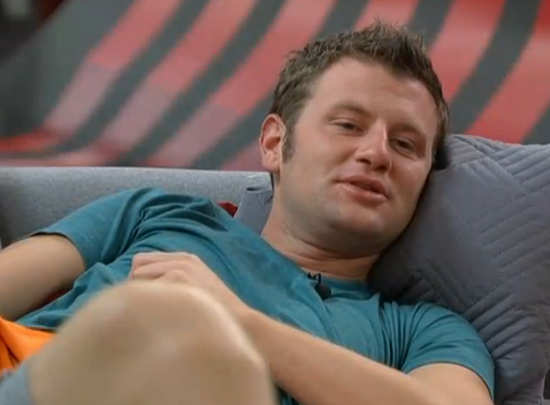 It’s Tuesday, and that means….  well, not much really.  With so much time until eviction and only 8 people in the house, it’s getting tough to scrape together posts.  I thank the Big Brother gods that Thursday happened the way it did because this week had the potential to be terribly boring.  Imagine nobody coming back, Amanda winning HoH and putting up like Elissa vs Spencer?  That would have been the most boring week of the season by far (yes, even worse than Candice’s eviction week).

McCrae has a feeling something will happen today, and I sort of have that feeling as well.  I thought it would have happened yesterday, and tomorrow will cut it too close to Thursday.  They will need some time to edit it into Thursday’s show if a Pandora’s Box or shopping spree / reward challenge are to happen this week.  We’ll know if the feeds cut to fish or trivia for an hour+ this afternoon.

9:45am – House still sleeping, I expect a wake-up call within the next 15 minutes

12:20pm – Quiet on the feeds.  Aaryn is straightening her hair… exciting.

1:38pm – Aaryn is outside strategizing with her biggest friend .. herself.

2:00pm – Andy, GM and Judd are talking in the bedroom.  I have no clue what they’re saying because GM never stops talking. I generally change the feed when she’s in a conversation with people.

3:45pm – Amanda is outside talking to Spencer while sunbathing (Amanda, not Spencer), and GM is doing her hair while Aaryn looks ok.   I guess today is going to be a slow, slow day.  The forecasters for Hurricane Aaryn were WAY off, she never even came close to landfall and is back out to sea.

5:30pm – Seriously, this may be one of the slowest days of the season…. wow

5:58pm – McCrae, Andy and Spencer talking about an all guys alliance with Judd as the 4th

8:30pm – Few hours gone by, nothing happened.  No Pandora’s Box.  No luxury competition.  No Hurricane Jessie lining the house up and giving them a 3 stooges slap.  I have a feeling my recap is going to be incredibly short tomorrow morning.