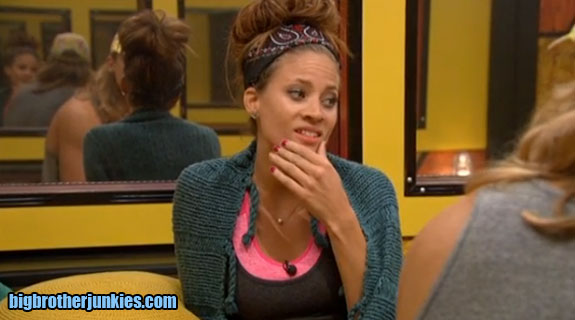 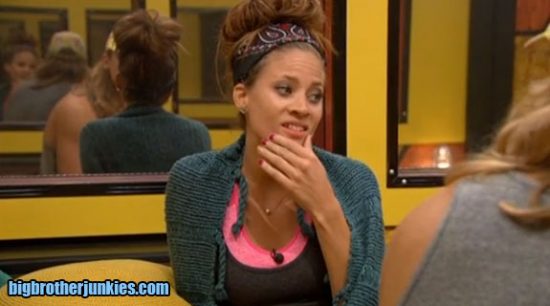 Forgive me for my brief updates this weekend. I had to spend a day away from my computer to take a nice Big Brother break. When I found myself at TGIFridays around 11pm eating unlimited appetizers, I knew it was time to call it a night. Not like it mattered, this has been the season of hell when it comes to blogging. There are only so many ways you can write ‘The houseguests are sitting around chatting’. I think I’m almost at the point of just making up words to describe what’s going on in the house.

With that said, yesterday appeared to have the potential for a good week of drama ahead. Hayden won the PoV, and pretty much immediately let Victoria know he was indeed going to use it on her. Considering his outcast alliance of Nicole and Christine were safe, no reason not to I suppose. Maybe he can pull in Victoria and it won’t be a complete landslide of a victory by the detonators.  Oh wait, Christine is part of the detonators as well. Perhaps when she watches what could potentially happen this week, she’ll finally wake up (probably not).

Frankie has been trying to decide who should go up as a replacement nominee, and right now it’s down to Caleb or Amber.  Everyone is heavily leaning toward Amber, but if Caleb pulls a nutty, he will be the nominee and go home instead. I’m not sure that will happen, however. At 10:40pm, Frankie had a little chat with Caleb about the situation, and convinced the Beastmode Cowboy it was a good idea to put her up. Caleb got it in his head how brilliant of an idea it is because she’s going to come crawling back to him once she’s in the nomination seat.

Can I take a brief moment to give Frankie a ton of credit for hands down being the best player this season (with Derrick a close second). I’m not saying he’s going to go down as a Dan or Dr Wil, but watching him this season is impressive.  He and Derrick are playing chess, the rest of the house are playing checkers.  I’ll be absolutely surprised if those two are not in the final 2.

Back to Christine… I mentioned her earlier to see if she’s going to realize what’s going on if and when Amber is voted out.  This is not some easy Brittany or Joey situation.  Amber has been basically hand and hand with Christine backstabbing all the other girls in the house while the ‘Bomb Squad’ was alive. If and when Amber is nominated tomorrow afternoon and Christine doesn’t immediately pull Hayden, Nicole, Donny, Jocasta and Victoria aside to spill the beans on the detonators, she can kiss her $500k goodbye.

I will have a live feed thread going a little later, we’ll see how the house reacts as the news slowly spreads about tomorrow’s meeting.