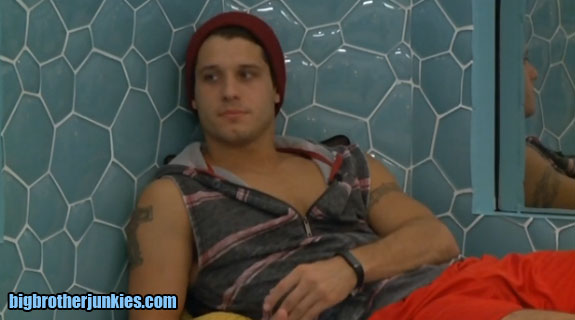 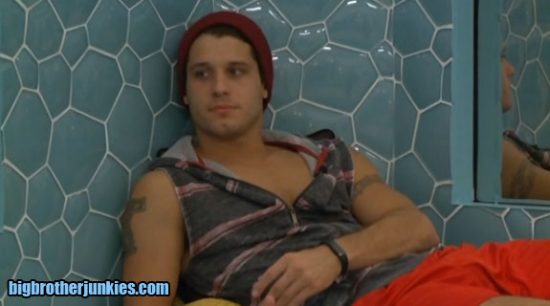 I know this week doesn’t count and everything will reset on Wednesday night, but will the nominations and PoV impact the rest of the season?  Could a Big Brother twist actually be exciting?  It’s doubtful, but there is always a chance.

Cody finds himself in an interesting position this week, as Christine did during the second half of the double eviction.  Sitting next to Victoria has been the kiss of death the past week, and that trend could possibly continue for the next eviction.  If you’re a in a group of stranded people and you eat the weak to survive.. what’s going to happen when the weak are nearly all gone?   Do you eat the remaining weak and worry about your life next, or do you keep some weak people around to help you trap the strong?

Whether it’s Cody, Caleb or Derrick sitting on the block after the PoV meeting, one has to wonder if now will be the time to strike.  Personally I think it is, and think it probably has been (for some), but that doesn’t mean it will happen. Most of the guys still have the guy loyalty thing going, but they’re going to have to think about $500k and sooner rather than later.

I’m fairly confident that Derrick would try to get Cody or Caleb out this week over Victoria. He has to. It’s a no-brainer and if he passes that up, he loses almost all credibility as a smart player.  All Derrick has to do is vote for Caleb or Cody (depending on PoV) and the fate of the season will be in Frankie’s tiebreaking hands.  That is, assuming this scenario unfolds again after the reset button. That’s the potential beauty of this twist.. Cody could realize he is in danger now, win HoH and go after Frankie instead of wasting an HoH on Victoria.

So the biggest question that will come out of this week is… should Cody remain on the block, or should Caleb somehow replace him, are either of them smart enough to realize this is one of the best opportunities Derrick has to get them out of the house?

I guess another question could be… would Derrick end up on the block if Cody, Caleb or Victoria win the PoV?

So many questions, but the answer to all of them is likely going to be the guys will head into Wed night thinking they’re all safe (unless Vic wins PoV) and the reset button will just give them another chance to think they’re safe when they’re sitting next to Victoria yet again.