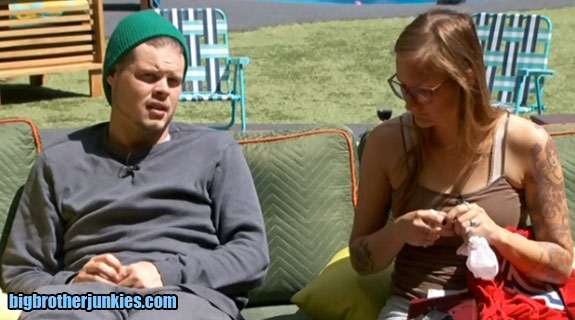 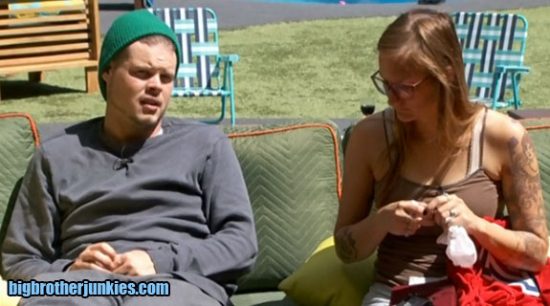 I’m glad I took some time off yesterday because today may be a busy one for me. It’s not even noon and quite a few people are up, and some are already talking game. While Nicole, Amber and Britt get their tan on, Derrick has been scrambling around the house to do some serious damage control to anyone who is awake.

If you didn’t read my last post, the bomb squad was exposed last night to Jocasta, Donny and Brittany. Devin has had enough and decided it was time to kill his game by flying solo the rest of the way. Honestly, it was only a matter of time until that happened, but I’m just surprised the alliance lasted as long as it did.  Enough recap, no plugs today, time to get right into the feeds.  Watch along with me by clicking the image below..

So much whispering going on, hard to keep up. I may have to start a new thread soon

The house is calm for now.  I am going to close this thread for now, I will start another if things heat up again.