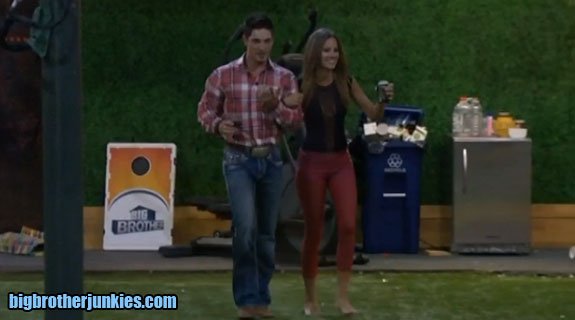 Big Brother 16 – My Date From Hell 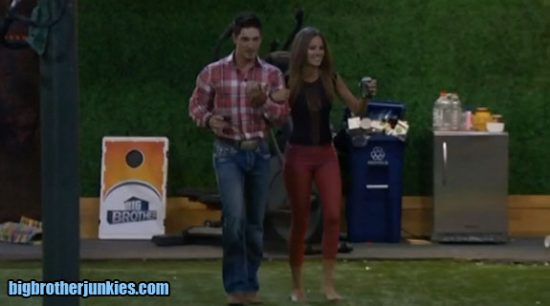 The other night, I stumbled on a TV show called ‘My Date From Hell’ (or something like that.. anyone know exact name so I can dvr?). Last night, it looked like Caleb was doing an audition for that show when he announced to the house he had a date set up for Amber, and asked if she would like to go. Considering it was in front of everyone, and Amber doesn’t want to look like a major bitch, she said yes. Caleb’s sphincter puckered up as he happily brought a clearly embarrassed Amber to the back yard for their very romantic beer and wine date. Flashback to 9:26pm for all the awkward glory.

As you may have noticed, I mentioned beer and wine. That’s because production likely reads my posts and got the idea to give them booze finally. Just kidding, even they can see how insanely boring the house has been and needed to do something to spice it up. Would it work?  Well, compared to other nights of BB16, I’d say so, but it wasn’t exactly the bed flipping, skinny dipping, topless birthday dance type of night they probably hoped for.

Quick note, I have to run to the doctors in 45 minutes, so I am going to publish this early and then keep updating when I return and can flashback more highlights from the feeds.  This will likely look more like a live feed thread, but it will be all flashbacks as right now (6:45am), they’re all snoozing.

Sorry for the long delay.  Had to run errands after the dr.  I’m home now and going to try and finish the last night report while also checking in on the house live

With that, I’m going to close this up and start a new thread about the feeds update today.  I had a busy morning so wasn’t able to fully recap it. My apologizes.