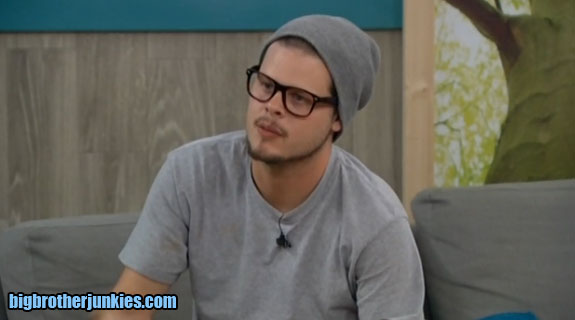 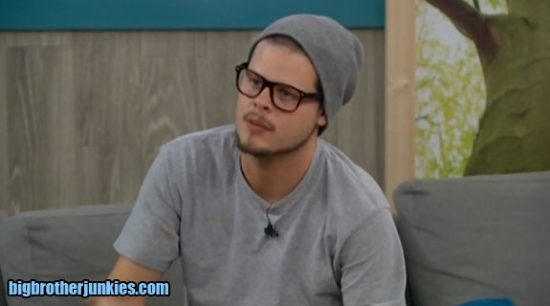 There is one thing I’m fairly certain about this week – Zach is going home. What I am not certain on is whether or not he’ll know before Thursday night.  If he does, great.. earlier drama. If he doesn’t, even better.. blowup before he leaves (I hope).  One of the most entertaining things in the house is when someone leaves upset. I just love it. Call me childish, immature or whatever, but it’s the best. That person can play for me any day. Why?  Because they’re upset they lost and can’t just give everyone fake hugs.

For most of these people, it’s their once in a lifetime opportunity to win a quick half a million dollars over a summer, and I want to see them take it serious. Btw, we may see 1-2 of these people back somewhere along the lines, but most of them will be a distant memory once they’re gone. During dinner yesterday, my girlfriend and I were talking about a redemption type of season where all the early evicted players get a chance to redeem themselves. I had to remind her who Joey was. Needless to say, I think a lot of people would be like that for an ‘early evicted redemption’ type of season.  Who?  Who?  Who?  I do think next year will be an All-Star season, but I doubt the Jodi’s, Joey’s and surfer dude from BB15 (David/Spicoli) would be back.

Another problem with an All-Star season is that they wasted many players during BB13 and BB14.  Would Dan, Brittany, Rachel, Jeff, Jordan, etc come back for a 3rd time?  Who would you like to see for an All-Star season?

Enough rambling, back to the game. The big word around the house last night was Zach’s eviction, while keeping it from Zach.  It’s to the point where even Frankie is likely on board, although he’s still telling Zach he’s safe. One common theme I keep hearing is how the house thinks America wants him gone and they’d be ‘pussies’ not to evict him. Actually, from what I gather, the house wants him to stay. He’s the only remotely interesting player left, and when he’s gone, production is going to have to manufacture some drama.

Speaking of, a comment from the thread yesterday brought up a good point. Where are all the twists?  The promos for BB16 promised this to be the twistiest twist that ever twisted, but nothing has chanced since the dual HoH/BoB twist was revealed.. oh, and Team America.  Is that it?  Did BB16 blow their load early?  Or do they have much more up their sleeves for when the house returns to a single HoH?

Stick around for my live feed thread which I’m sure will be crammed full of people sleeping.