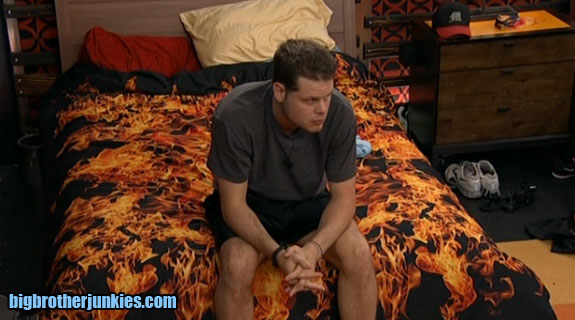 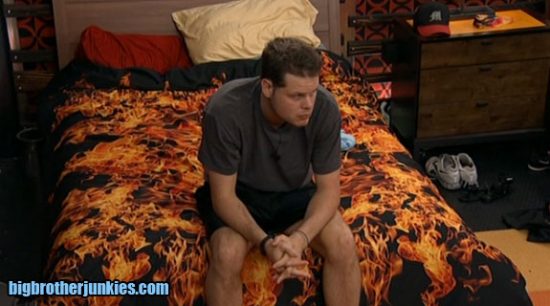 During Big Brother 14, Dan had a ‘funeral’ where he made amends with some, and pissed off his closest ally in the house, Danielle. He did this to break up their friendship publicly so the house thought they were done.  The clever part is that she didn’t know what he was doing, so her shock that night was a complete surprise and the tears were real.

Derrick is planning the same thing, except he let Victoria know beforehand.  He told Victoria he is going to ‘tell her’ that he’s voting for her to go (he really is), and for her to act mad at him.  This is because Victoria really has no shot in the game, and both of them know it.  That’s no secret.  The reason he’s doing this is so the guys don’t think she’s a guaranteed vote for him if he’s in the f2 and will help his chances along.

I am not sure how I feel about this strategy, but hey it could work. Cody and Caleb are dumb enough to believe Victoria really wouldn’t vote him Derrick, and Caleb already thinks he has a few guaranteed votes in the final 2.  I don’t think Frankie would buy it, but I also think Frankie is the next to go unless he wins every HoH and every PoV when he’s not HoH.  Winning so many competitions and having a decent social game is dangerous, and everyone knows it.  There is a small chance Frankie would still beat out Victoria to the real final 4 should things switch up tomorrow, but no chance he makes it to the final 3 unless he wins. It’s that simple.

It is pretty weird that this season has boiled down to telling people they’re leaving and just working them for a vote before they go.  This is something you don’t see very often, and just shows how little fight most of the players have had this season. I seen more fight out of the Broncos last Super Bowl (is it too late to use SB jokes since a new season started?).

I’m off to the dentist (aghhhhh, save me!) but I will have a live feed thread up later on! Have a good Tuesday, I know I won’t.