Big Brother 16 – Back Door Is The Only Door 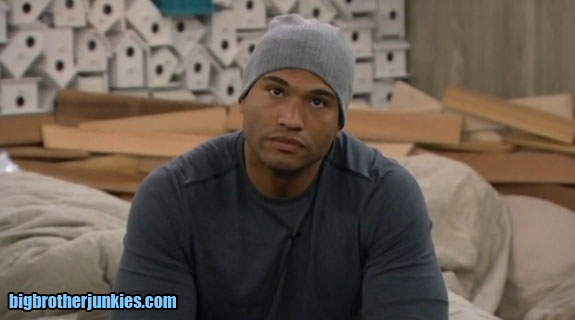 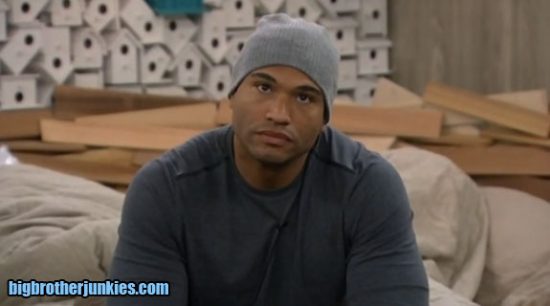 Last week around this time, Devin was sitting pretty in the Big Brother 16 house. He still had his alliance, safe for the week, and was taking control of the house. Then he was told Brittany didn’t have the votes to go home, and lost his game.  Only a few days later, two of the many people who want him out won HoH, so it was inevitable he was going to be the target this week. As Big Brother fans know, wanting someone gone and getting them out is a completely different story.

Leading up to nominations, the main talk of the house was who to nominate and how to get Devin out. This wasn’t just on the CBS episode, but also on the live feeds. Getting a strong player out of the house either requires plenty of strategy, or even more luck. Nicole and Derrick did not want to rely on the latter, so they needed to make calculated moves on who to nominate, how it will further their game and so forth.

In order to get a better perspective of the situation, Nicole turned to the resident wise man of the house, Donny. They sat in the beehive room and had a talk where he gave her some sound advice, but he then made a critical mistake. Shortly after their meeting, he went to Jocasta and spilled things that were told to him in confidence.  Donny would later use the line ‘Did you tell me not to say anything?’, but he is a student of the game. Donny is no recruit who had no clue what Big Brother was a few months ago. He knew very well what he was doing by warning Jocasta what he heard in the beehive room.

This gave Nicole the final push she needed for her 2nd nomination, and the meeting was set:

There were a few reasons for nominations this way, and some weren’t covered on the episode tonight. Here is a small bullet point list on how these names were thought out…

These were probably the most thought out nominations of the season so far, and that’s not too surprising coming from two really intelligent people. Were they perfect?  It’s hard to say, but they were very well thought out.

The battle of the block competition was a Harry Potter theme with each teammate tied to another. One person runs (and raises their teammate) to get puzzle pieces and the other sticks them to the wall.  This was actually a really tough competition to throw for Caleb, so I’m actually surprised they lost, but he clearly didn’t give it his all.  He had a casual run back and forth to the pieces and didn’t help nearly as much as Donny did to Amber. Despite giving it about half effort, Caleb and Jocasta managed to catch up and had a legitimate shot at winning until Amber finished off the puzzle.

One behind the scenes note today.. Jocasta was not kidding when she said she felt sick (and looked it). After the competition, she remained in the diary room for quite some time, and was finally escorted to the bathroom where she threw up. She remained in bed most of the night and was pretty out of it the next day as well. That is also why she looked like complete hell during one of her DR sessions tonight. They must have done that interview shortly after the competition when she was sick.

For more of my episode recaps, visit OK Magazine here!