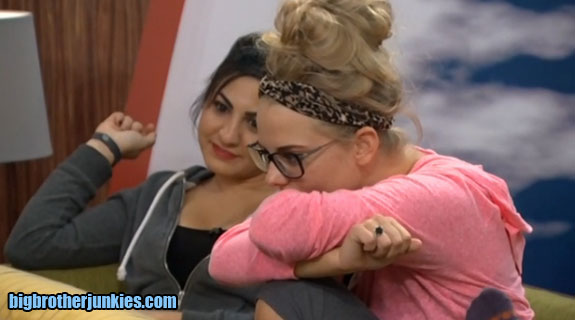 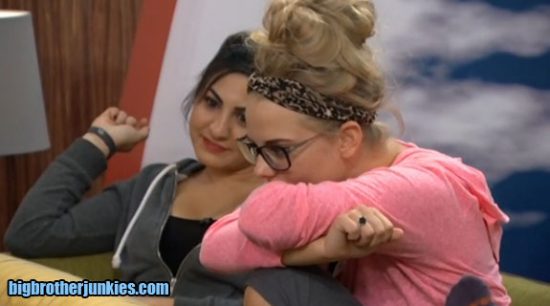 As most of you are aware by now, Nicole won the re-enter competition and will pretend to have an impact on the game for a week or two until she’s right back in the jury house. Let’s be real, the only person who had any chance of lasting more than a week or two would have been Jocasta, but she’d just be a Victoria-like puppet. Hayden, Zach and Nicole had only one option to remain in the house, and that was to win the HoH (or hope Donny won it). Btw, I have to keep mentioning a week or ‘two’ because for some reason, the house is still up Donny’s butt about going home.  It’s quite rare someone like Donny would pose such a threat to four young and physical guys (one being a cop), but he scares the crap out of that group and will likely hit jury this week.

As soon as the feeds returned from the return comp, Derrick pulled his group of minions into the fire room and told them not to talk to Nicole privately all week. No closed door beehive room chats, no explaining themselves why they put her up, none of that.  He told them they have no reason to explain themselves to her and she’s just going to stir the pot if they try.  To be fair, he’s completely right, at least for his game. Derrick has the house so locked down, it may take an outside person like Nicole to get the wheels turning in other players heads. Derrick’s game reminds me of one reality show situation, and that is the season Boston Rob won Survivor.   He controlled his group so tight, it was impossible for other players to break in and cause trouble.  That’s why I think Derrick is a guaranteed winner unless something drastic happens.

That something could have happened last night, and apparently almost did during the HoH competition. The competition had something to do with remembering certain days events happened in the house. From the retells of the comp, Nicole failed miserably, but Donny was right there at the end and narrowly lost to … Cody of all people.  Cody.  The guy sits around all summer doing nothing and finally wins a competition when everyone is hoping one of the underdogs win. That’s Big Brother for you.

If you’re wondering, yes, Christine was indeed gushing over Cody’s win. That was fun to watch….

Nominations are today, but I’m not sure if anything else is. They could have a have-havenot competition, but I’m unsure. Power of Veto will likely be tomorrow as it has been all season, but one thing is certain, either Nicole or Donny are screwed this week. The only thing that can save them is veto, and that’s just a one week thing.