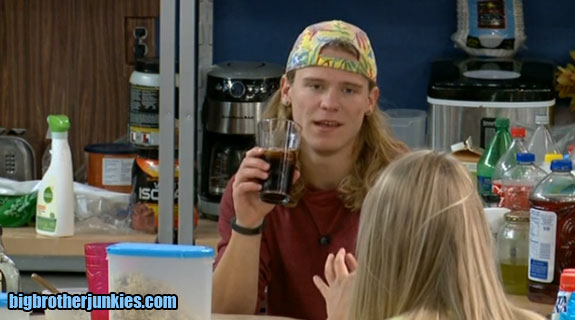 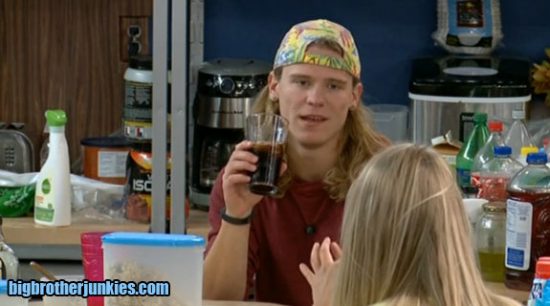 It’s time! Time for the first double eviction of the season and quite possibly the most important two evictions of the season by far. Whenever a billion alliances are formed, it’s only a matter of time until they all get blown up in the faces of those involved. I believe that will happen tonight after the first eviction.

Nicole’s plan on making a big move this week is going to become a major dud when she hears Jocasta’s name called to walk out the door. That is one of the risks of putting up a weak playing pawn versus the real target.. sometimes the pawn goes home.  To be fair, Nicole did have the disadvantage of being HoH this late in the season while the double HoH twist was still happening. It’s not like she was loaded with options on who to nominate because even if she did nominate two really strong people, they probably would have won battle of the block and saved themselves.

That said, a combo nomination of Caleb, Zach, Frankie, Derrick, and Cody could have put 2 guys against 2 guys with the 5th as the potential replacement nominee should someone win pov. Instead, Donny and Nicole chose a strong and weak player to be paired, and that left a lot of strong guys on the sideline safe yet again. So, Nicole definitely deserves some blame when her plan backfires and one of her ally (yes, singular) walks out the door 30 minutes after Jocasta.

Here is how I think it will go tonight…. (votes to leave)

Jocasta should be eliminated 6-2, which is quite surprising considering the way the house acted all week. Jocasta was a lock to stay until about 16 hours ago when Derrick realized he was going to be voting out an ally over a floater.   I am not sure if it’s the right or wrong decision, but it’s probably a decision that didn’t need to be made. The ‘Detonators/Bomb Squad’ were quite comfortable in the house, but stupid gossip nearly screwed up their chances at making the final 5.

As far as the rest of the night, I have no clue. The HoH will likely be a step up/step down type of competition and the veto a racing / find objects thing. There won’t be time for another HoH competition, so either they’ll set them up on the wall for an endurance challenge, or it will be a quick competition that is held sometime later tonight.

No matter what, double evictions are always fun.  I will definitely be staying home tonight to cover it (I had tickets to Nick Swardson but gave them to my sister in law so I can cover this). In a few hours I will set up the live feed discussion thread and the fun can begin!