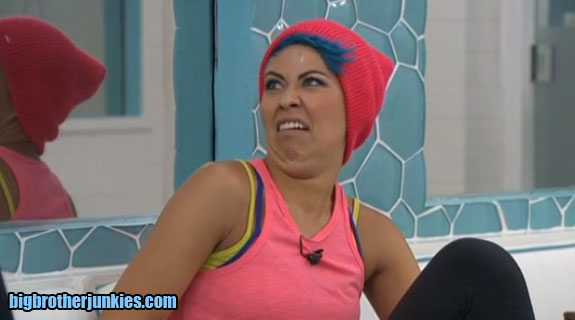 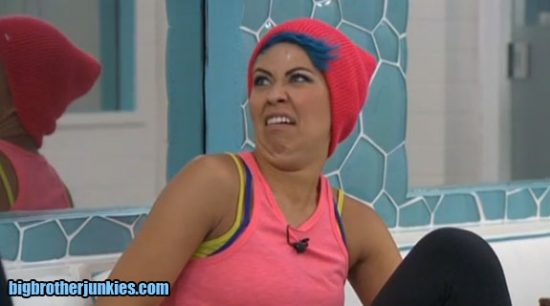 The first eviction of the Big Brother 16 season is upon us, and you know what that means? Once someone walks out that door, the reality of their exit really sets in, and the summer of sun and fun become the summer of paranoia and drama. The past week+, the houseguests have done their typical week 1 stuff. Awkwardly get to know each other, run around naked, tried to form the next best super alliance, and of course say you miss your family and want to go home. Week 2 and beyond is when things start picking up, and when you have someone like Devin running around the house, it’s only a matter of time until the ‘bomb squat’ start exploding.

Before I begin my predictions, I want to thank everyone who has donated so far this season. Not only does it help fuel my late nights, and help pay for the upkeep of the website, but receiving a tip always puts a smile on my face. It doesn’t happen often (tips, not the smile), but when it does, I know people really appreciate the hard work I do all summer. If you’d like to donate, you can do so by clicking here.

Also, I’m obligated to mention my twitter and facebook pages to keep up with the house (see more photos, comments, discussion and more). My girlfriend runs the facebook page and loves to add random images from her point of view (which often differs from mine!).  And finally, click on the button below to join the live feeds and watch what I watch all day long!

Now that is out of the way, I can get to the good stuff, my predictions for tonight!

Joey has been swimming against the tide as soon as she was the replacement nominee for Donny, and to make matters worse, she decided to do it with both arms tied behind her back.  Caleb successfully made a power move for the first week by aligning with half the house (literally.. an 8 person alliance). When Joey became a target due to her feeble attempt at forming an all girls alliance, her days were numbered the second Donny won PoV. Joey did herself no favors by claiming she is a fierce competitor and deserves to stay, telling Caleb he made a huge mistake, and also letting it slip about Team America. She directly told Hayden about that twist, but also hinted she had a power to others which is a huge nono in Big Brother land. Why would they want to keep her if they know she had a secret power?

The week has pretty much been wrapped up by around Monday, and the house spent the better half of the week avoiding game talk with Joey and trying to figure out who is going home next (Hint: Devin made a case for himself last night). So without wasting any more of your time, here are the expected votes tonight:

Yup, I predict the first eviction of the season will be unanimous with Joey being evicted 13-0. As far as Team America, I have no clue how it will go with Joey gone, but if they keep the twist, I imagine they’re going to speed up the voting to prevent another situation like this. Did they really expect to go 2-3 weeks and not have one of their players voted out? On the bright side, this can safely put to bed the rumors of production manipulating the game… although I’m sure people will just say it would have been too obvious to keep Joey, so they couldn’t do anything.

I am going to take the afternoon off, but keep up with the feeds regardless.  I expect mostly primping and prepping for the live show tonight, but if Devin happens to have a melt down or Joey goes nuts, I will create a new thread to update everyone on that.  Be sure to follow twitter or facebook so you don’t miss it!  If no drama, see you tonight for the live show!