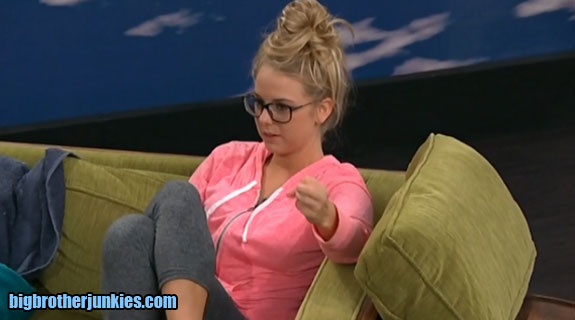 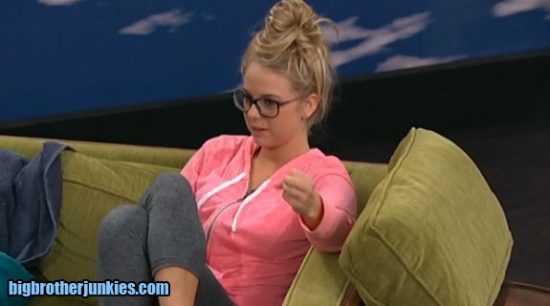 In just a few more hours, two more members of the cast will be joining the jury house, but I only know the first person leaving.  Nicole won the competition to re-enter the  house what seemed like 2 months ago, and could not win a competition to save her Big Brother life since that day.  The only surprising thing about Nicole leaving tonight is that she’s still in the house at all. Without the ‘huge’ threat that was Donny, Nicole would have likely been eliminated last week, but she was able to enjoy another week of slop, hard beds, and plenty of alone time.

Since returning to the house, Nicole was made a havenot both weeks and has pretty much talked to only Donny, Derrick and Victoria.  She’d have small talk with the others, but for the most part they avoided her like the plague.  The ironic thing about Derrick talking with her is the day she entered the house, he was the one who rallied his alliance together and told everyone not to spend any alone time with her. That was short lived anyway, but it’s still funny to see him now compared to how he was 2 weeks ago.

Derrick already informed Nicole it will be (hold on to your seats for this) .. another unanimous eviction.  That will make 9 of 11 evictions, and one of those two non unanimous were only that way because Donny and Hayden simply could not vote out Jocasta even though they knew she was doomed (which is also the reason those two are in the jury house).

When it comes to the second eviction, sadly that’s almost predictable as well.  I think there is about a 78% chance either Christine or Victoria will walk out the door behind Nicole. In fact, I will be blown away if it’s not one of those two people.  Entertained, but also blown away.

PS – that 78% is completely random and it’s actually more like 98%. but I gave some wiggle room under the rare chance Victoria wins a competition – hahahahah

My apologizes for a pretty dull prediction thread, but I’m doing the best with the material given to me… and that’s not a lot.

See you in under 3 hours for the live show!