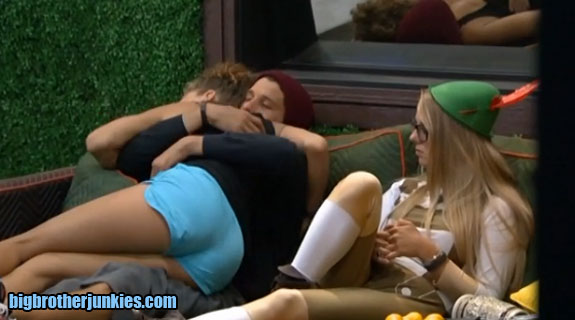 Big Brother 16 – Give This House Some Beer Report 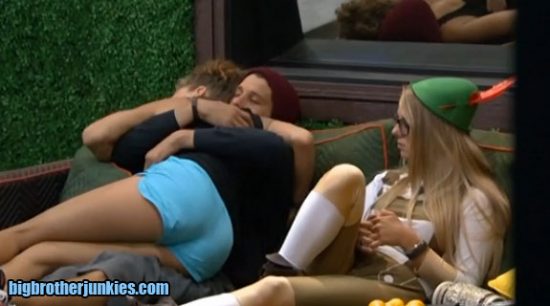 The one thing I feared about Aaryn, GinaMarie and the other people from Big Brother 15 was the casting for Big Brother 16. I think everyone expected ‘safer’ selections, but I think they went a bit too far in the other direction. Sure, it’s hard to really know how people will be once they actually enter the house. I doubt they expected Aaryn to be the most controversial houseguest from BB15. They probably expected Paola to have more fight, Devin to not be so terrible, and many others to stir the pot a lot more than they have. Based on the pre-season interviews, I expected Christine to be a female Richard Hatch and roam around butt naked all the time – yet she’s the second most conservative girl in the house (behind the minister). I was certain Joey was going to make it far in the game and possibly be another Amanda, and Donny was going to be more Spencer and not so much the nicest person to ever walk in the house.

What they need to do is start giving more alcohol at night! That’s one thing we haven’t really seen a whole lot of, and it could be partially the reason to blame for all the tame behavior. I think now would be a good time to do it. Brittany is growing extremely frustrated by being on the block most of the season, Caleb is growing more and more jealous over Cody/Amber, and … well, that’s about the extent of the drama going on in the house right now. Perhaps a drunk night could cause some new stuff.

Oh well, we’ll take what we can get. Even slow Big Brother is better than no Big Brother.

I expect Brittany to do some campaigning this week, but I don’t think it’s going to work like it did with Devin. Sitting next to Donny, there is about a 97% chance of her walking out the door this Thursday night and missing her first real shot at winning HoH (assuming they do an endurance challenge, which is long overdue).  When she leaves, you can pretty much expect Donny, Jocasta and Victoria to be the next 3 gone (in no specific order) barring a miracle from a floater. Nicole will follow shortly after, and that will leave us with 2 girls remaining in the house. The ironic part is that’s what Joey was trying to prevent early on, but the girls in the house are the ones who ratted her out.  How does the saying go?  “Those who forget the past are doomed to repeat it” … That is Big Brother 16 in the nutshell so far.