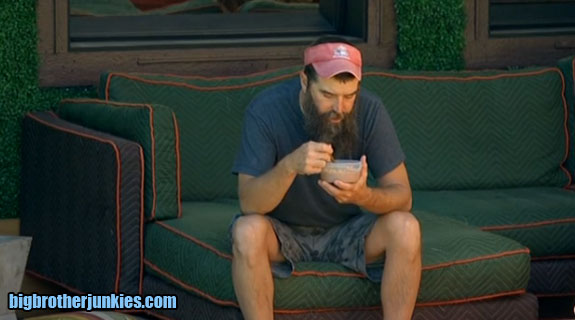 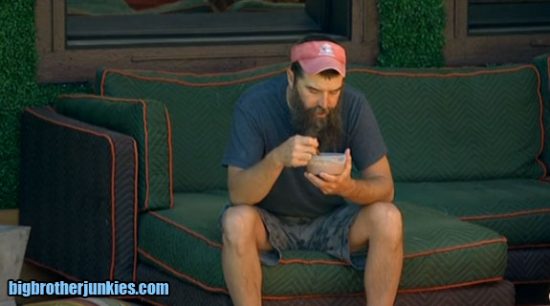 It’s another fine day in the Big Brother house.  The sun is shining, Donny is doing his morning routine, Victoria is roaming around and the rest of the house is sleeping. We are in the 48 hour window between the PoV meeting and the live show. Tuesday and Wednesday are usually the days when reality sets in that the Big Brother week is around 95% complete. Barring any random twists, the only thing left to do is for the house to enter the diary room and cast their vote.  The only thing Donny and Brittany can do is to spend this next 48 hours campaigning to still be in the house by Friday morning.

Brittany has plenty of ammunition to work with, but I don’t think she’ll even come close to finding or using it. The reality is, for many people, Donny is the person who should go home this week, but that’s a damn tough sell. It’s like trying to campaign against Santa Claus. One of the main things Brittany can say is this.. if you’re in the final 2 with Donny, who will win?  If America is given any power, who do you think will benefit? She can also work out a deal with Cody for safety, especially considering Donny is not thrilled with him going back on his word of putting Caleb up over him.

Not that I want to see Donny go home over Brittany, but I am hoping for any excitement on the feeds this week.  Devin rolled over. Paola did nothing. Joey just made people feel awkward. Will Brittany pull off a miracle, or even try?  My guess is she’s just going to play the sympathy card that worked so well on Devin, but it won’t work on the rest of the house.

Enough rambling, some plugs and feeds..

Buy me a wedding present! (getting married in September…eek!  .. and yes, I scheduled my wedding around BB schedule)

Here are the feed updates:

check back for more updates