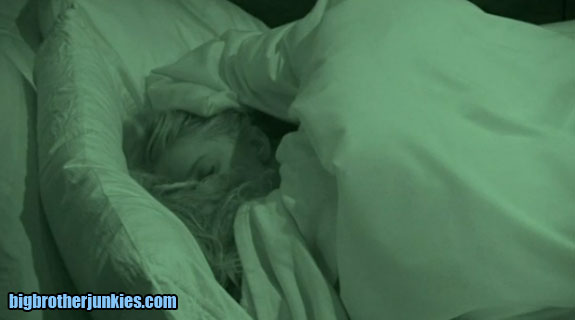 Big Brother 16 – Hayden And Nicole Are A Thing 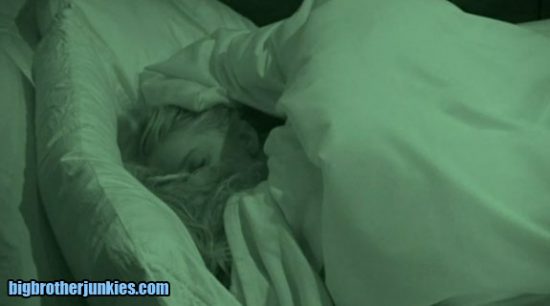 Well, it happened. Hayden and Nicole decided to make a liar out of me, so they’re officially on my list to go home. Kidding, I actually think Hayden is a favorite to win it all, but that’s another story for another article.

Last night at 12:30am (flashback here), the lovebirds slipped into bed to get away from the weirdness running around the house (more on that later). They started making out under the sheets, and it made me look wrong for saying they were never going to end up together.  Oh well, at least I was still right on Caleb  (though that was obvious). Good for them. They’re actually 2 of my favorite people in the house right now (as well as Donny), so it’s always nice to see good people end up together. Even though Hayden follows Nicole around like a puppy dog, being likable doesn’t make it as uncomfortable as watching McCrae follow around Amanda.

In other news, the house was buzzing over the potential re-nominee that will take place later on today. Most likely it will be Donny, but Zach decided to stir the pot a little and even offered to stage a fight with Cody in order to go up himself. His reason?  He’s bored. I don’t know if I should be annoyed at Zach, or applaud his efforts of trying to make this season less dull.  It’s very unlikely Zach will be the replacement nom, but let’s all hope he doesn’t end up sitting on the block by the end of the day.  There is a real chance he could be the one who would walk out the door on Thursday, and that would kill the entertainment level of the house even further.

That makes me wonder, did Big Brother give the house activity bracelets to motivate Zach?  The guy sleeps like 22 hours a day, but those 2 hours he is awake are generally pretty fun to watch. Perhaps when they find out the tracker will be tied to havenots, Zach will sleep less and stir the house even more. He’s currently the only one brave enough to do so.

Zach also tried to push Caleb on the block, but none of the house really seemed to like that idea. I fully expect Donny to go up on the block today (as a pawn), and Brittany will quietly go home on Thursday. Please don’t make it another slow week.. please!

Check back in to see how the meeting actually went, plus I’ll be doing live feed updates.