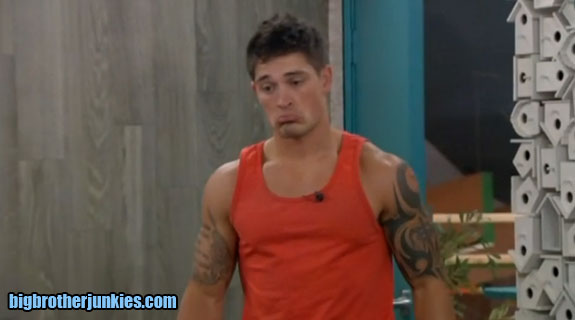 Last night on the Big Brother feeds, you can catch some extreme awkwardness featuring none other than our resident stalker, Caleb.  Flashback to right around midnight to see most of the house in the HoH room chatting and having a good time.  In the mix, you had Cody and Amber getting a little flirty until Caleb walked in, gave them a weird look and sat across from the two while holding a knife.  Seriously.  Use the flashback feature here, or take a look at my show in pictures… 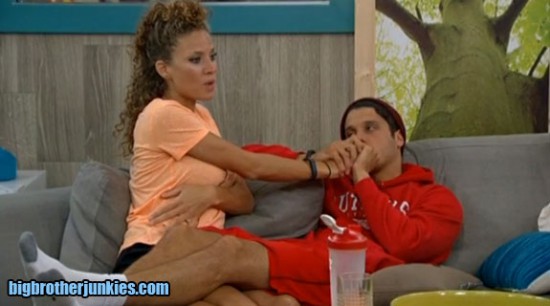 “Ohhh Cody, I love when you make out with my hand. Oh baby” 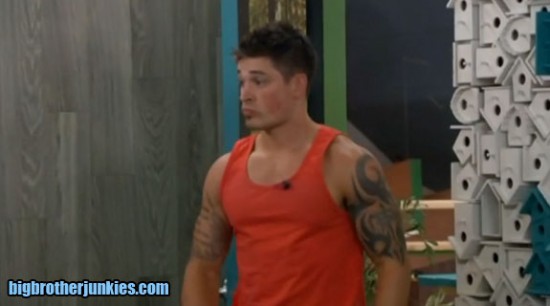 “Is that my queen with another man??” 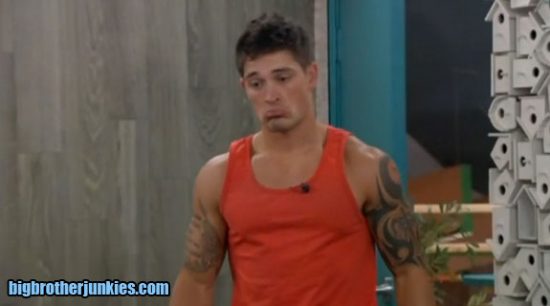 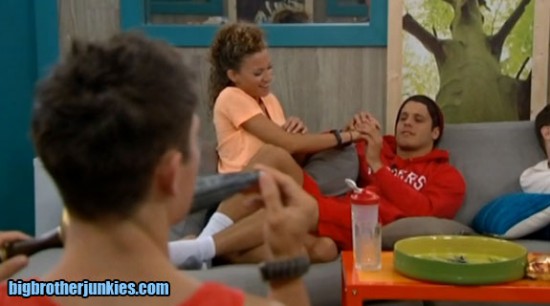 “Sleep with one eye open, Cody”

Yikes. This has the potential to get real heated, real quick.

Caleb then went outside to play some pool with Zach who didn’t do a whole lot to calm him down. Instead, Zach took the opportunity to push Amber out the door and Caleb is actually considering it.

At 1:35am, Caleb, Derrick and Zach were in the beehive talking about Amber/Cody once again, and they all agree she should be the target if she doesn’t win the next HoH. At this rate, it’s going to be an all-guy house within a month.

To combat such a thing happening, Amber, Christine and Nicole chat a little later about teaming up to get some of the guys out (1:45am). Perhaps they’re finally realizing the trend evictions have gone in this season.  Sure, Devin was evicted, but it likely would have been another girl had he won the PoV. This week it will likely be either Britt or Victoria.

So, Christine is finally on board with not becoming Brittany Haynes v2.0, right? She’s clearly not going to help the guys pick off the girls before they dispose of her at the end, right? Wrong. By 2:15am or so, Christine was up telling ‘The Detonators’ Amber’s plan on picking off the guys.  Well done, Christine.  As a superfan, you certainly forgot about season 12 pretty quick. There is 0 chance Christine makes it to the finals if Cody, Derrick, Zach and Frankie are with her. Unless Christine shifts gears, she will give Devin a run for the worst player of the season.

It’s power of veto day, but I have a birthday party to attend this afternoon. Saturday’s are hit and miss on when the veto competition is over, so I may be lucky and be home before it’s complete.  If not, well be patient with me!  Summer is not easy at times.