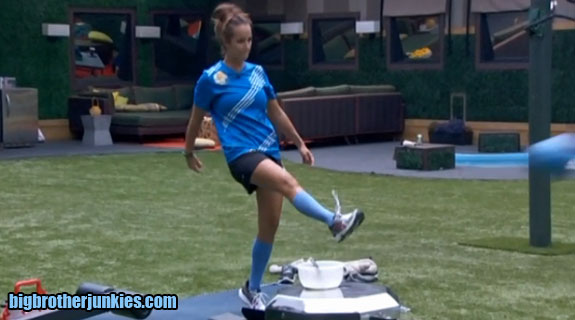 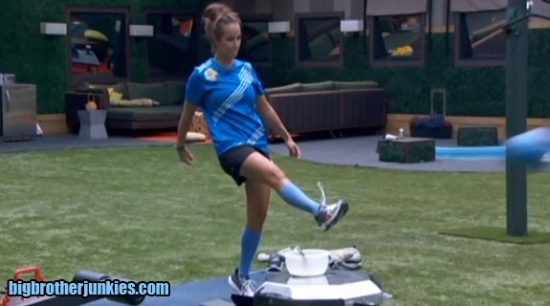 Poor Britney. She’s had a pretty rough summer so far. This is the 4th week of Big Brother, and she’s been nominated 3 times and was a have-not for 2 of the weeks. On top of that, she was given a punishment during the PoV where she needs to kick a soccer ball into a net 2,400 times in 24 hours. Assuming she doesn’t sleep, that’s 1 goal every 36 seconds. What’s worse, she was given 1 ball and has to retrieve it after every kick. Now, let’s say she sleeps/eats/bathroom for 6 hours, that drops it down to 1 goal every 27 seconds. Now remember, Brittany is the current target this week, so she may leave this Thursday after all of this.

The strange part of it all is that Brittany really hasn’t done anything to deserve it. It’s not like she tried to make all these big moves or get caught in a mountain of lies. Her problem lies solely in the fact that she chose the wrong people to be friends with in the house. It’s kind of stupid, but so far this cast has been pretty stupid.

So let’s hop into the feeds….