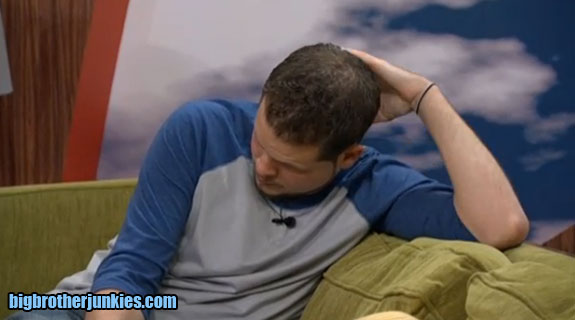 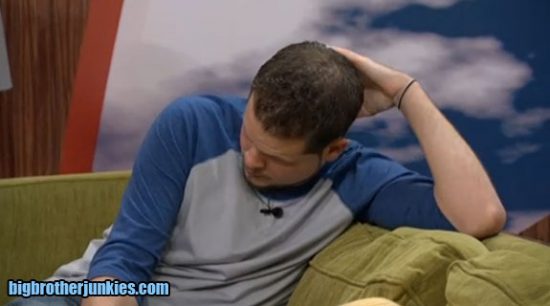 That was certainly a nail biting finish to the rent-a-player competition. If you missed the episode tonight, Nicole, Hayden, Jocasta and newly evicted Zach played a competition to re-enter the house. They had to slide a disc on a spinning platform and the person with the most discs at the end won. Jocasta actually had a lead at one point, but on the last disc, it finished as a tie and Nicole had the closer disc to the middle of the spinning thing and won her re-entry into the game.  Unless she or Donny win HoH, I don’t expect it to last very long, but at least now Donny has someone he can actually trust to work with him – even if just for a week.

I know a lot of people wanted Zach to return, and he is a great personality, but I honestly believe he would have just fell right into the Frankie trap and even nominated Donny to ‘prove’ his loyalty should he have won HoH. Nicole or Hayden re-entering the game is the best chance Donny has at anything, so let’s see if it goes anywhere (can you tell I’m rooting for Donny?)