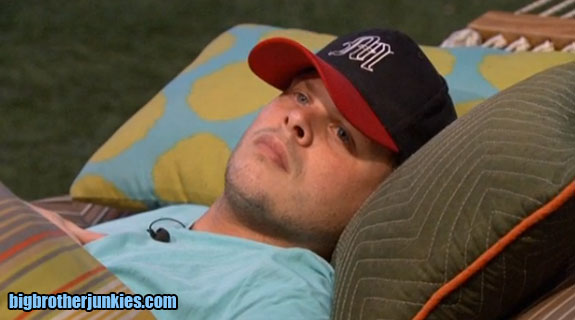 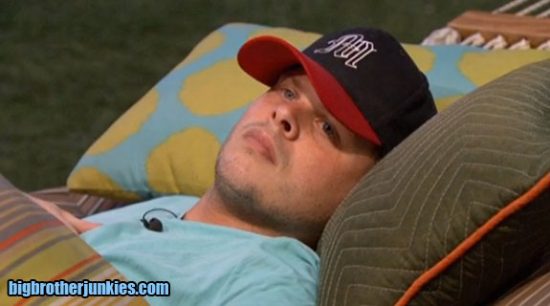 I completely forgot to mention it in my post last night, but the veto meeting happened yesterday instead of today.  The person controlling the feeds seems to have thrown in the towel on the season and just decided to show the meeting  (starting at 12:02pm).  To recap the meeting briefly.. both Cody and Victoria showed the fight they had all season, and it got really fierce!  Cody told Frankie not to use the veto because he didn’t want to see Derrick or Caleb replace him, and Victoria just said she expects Frankie to not use the veto so didn’t bother trying.

Yes.  When the Big Brother season started, each person had a 6% chance at winning half a million dollars.  When this week began, those remaining in the house now have a 20% chance and that will increase to 25%, 33% and then 50% (not including variables like who the jury would actually vote for).  Despite the odds being so high, Cody fell on his sword and Victoria.. well, Victoria just played Victoria’s game.  It’s absolutely mind blowing. I wonder if Cody will thank the house, and apologize for being in their way of the victory when they do eventually vote him out.

Ok, on to the feeds for today…