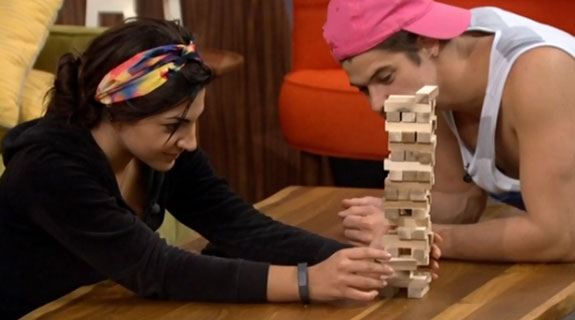 Big Brother 16 – Nicole Is Campaigning, Will It Work? 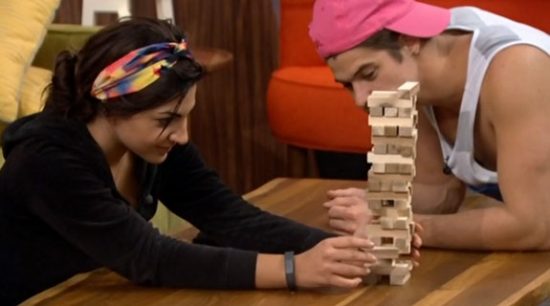 Nicole is not going down without a fight, and she has enlisted the help of Victoria and Zach in her attempts at remaining in the house this week. Will it work?  Probably not, but she certainly has a better chance than many of the recent houseguests in her position.

As expected, this last in the season is when alliances kind of split into sub-alliances. Derrick clearly has Victoria in his pocket, and Cody has Christine. In my opinion, both guys would take their pocket girl to the final 2 in order to secure a win.  Despite the foursome not clearly playing together as an alliance, Cody and Derrick are, so that means the girls are likely safe with them.

This means Caleb, Nicole, Zach, Donny and Frankie are on their own even though a few of them think they’re part of a tight alliance. Zach has already realized he’s alone, and he knows it’s in his best interest to keep Nicole over Donny because of that. He and Nicole had a little bonding session Thursday night after all the drama went down, and said they were going to work together. It hasn’t quite happened yet, but really for Zach, he needs to get the wheels in motion today if he really wants to save her.

With pros always comes cons, and the major con that is on everyone’s mind is Nicole’s relationship with Hayden and what Julie said on Thursday night.  Julie basically told the house there will be a competition to re-enter at some point  (my guess is when there are 4 evicted houseguests, so next week).  Nobody in the house, Zach included, wants a situation where Donny leaves and Hayden returns. Hayden and Nicole will instantly pair up and become a pretty strong force because they won’t trust anyone else in the house. As a game move, this makes sense for everyone… somewhat.

What Zach needs to realize is, if indeed that does happen, Nicole won’t forget it. She is not the type to just cast Zach aside and I’d be willing to bet the three of them can become a really strong alliance.

I’m rambling a bit. Nicole clearly has Zach and Victoria if she can secure two more votes.  She really needs to spend the day working on Frankie and Cody. Cody may seem like a weird choice, but he is extremely threatened by Donny. He has made numerous comments about that and really wants him out of the house.  Frankie is the only other option because there is no chance Caleb turns on Derrick and crew. However, a good player could convince Frankie to be on board… but is Nicole that good player?  I guess we’ll find out today.

One thing appears to be certain, Nicole will at least give more of an effort than many other houseguests have this season – Zach included (remember, Zach was sleeping when his fate was decided last Wed night).

I’ll start a live feed thread in an hour or two, depending on when the house gets up.  It will probably be a slow start and a slow afternoon, so I’ll try my hardest to stay awake a bit late tonight and blog anything that happens (if anything happens).