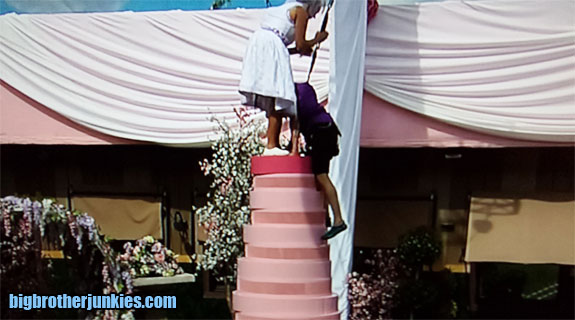 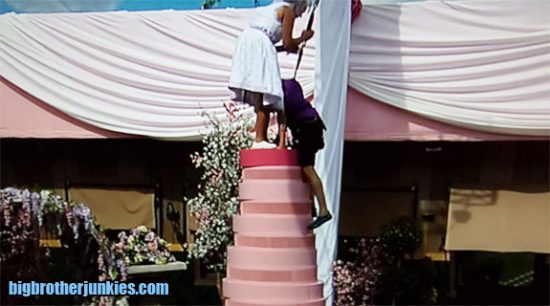 House ‘bffs’ Zach and Frankie were able to seize power last Thursday night, and that power instantly went to Zach’s head. Unlike the rest of the house, Zach is playing a very reckless game, and has admitted multiple times he doesn’t care if he stays or goes. Note to production: We need more Zach’s and less Victoria’s.

Before I begin on the game aspect, I have to touch on the creepy aspect of the episode. It was once again featuring Caleb and his insanely awkward crush on Amber. As a live feed watcher, I would really like to say CBS edits things together to make Caleb look worse than he is, but they don’t. Caleb is 100% batshit crazy when it comes to Amber, and it has completely destroyed his game this season. It’s both entertaining and painful to watch as Caleb continues to try and win over Amber, while she avoids him as best she can. At some points while watching the feeds, I simply can’t take it when they talk, so I watch something else. “Beastmode Cowboy” is going to go home and be humiliated by the way he played this game.

Back to the Zach Attack and his insane power trip. Almost immediately, Zach approached Christine and asked her to take one for the team and throw the BoB competition this week. This made Zach have a huge ‘Zach Attack’ on the fact that Christine doesn’t do anything for the alliance and is dead weight.  He wanted her out and has still been pushing for her since that time.  What Zach failed to realize is that earlier in the episode, Christine is the one who approached the boys on Amber’s plan to start going after them. She has been a big time spy for them with the girls, yet nobody came to her defense about that when he flipped out.

Derrick and Frankie saw this as an opportunity to instigate something during the nomination ceremony to attempt and complete Team America’s mission of stirring the pot and causing a fight at either the Nom or PoV meeting.  Both of them encouraged Zach to go off on Nicole and Christine, and that’s exactly what he did – sort of.

During the nomination ceremony, Frankie nominated the safe choices (Jocasta and Victoria) and Zach went after Christine and Nicole. After nominations, he gave a speech about Christine being as big of a floater as Jenn Arroyo, but then went off on Nicole about being a super fan and called her a fruit loop dingus. I don’t claim to be an expert on insults or zings, but I still can’t really figure out what Zach was talking about there. Nicole couldn’t either as she began to laugh hysterically (a coping method she later admitted to) before crying about it.

The battle of the block was a wedding themed competition.  Players had to stack layers of a fake cake on top of each other before climbing up and standing on it together. This quickly became a one sided competition as Jocasta and Victoria looked like they were playing blindfolded next to the teamwork of Nicole and Christine. Zach’s nominees flew through the competition and won with ease, which allowed Frankie to remain the sole HoH of the weak and Zach to re-enter the regular houseguest pool.

Check out OK Magazine for more of my episode recaps!