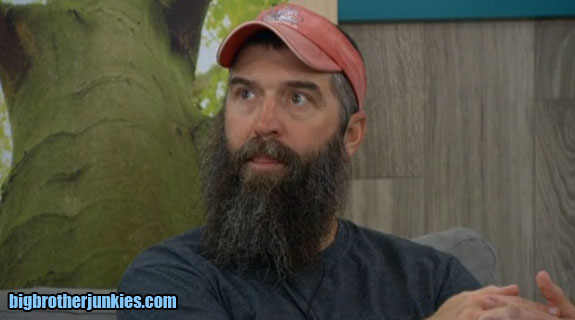 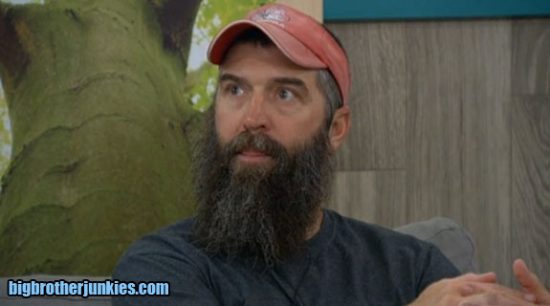 I’m sitting here listening to the conversation between Derrick/Frankie and Donny and I’m really shocked at how passive Donny is acting. He clearly knows Derrick is pissing on him while telling him it’s raining, but he’s not doing a whole lot about it.  When Derrick tried to explain the ‘awful’ situation about Donny not being on the block and someone winning veto, Donny simply said if he were HoH, he wouldn’t put them up (Frankie/Derrick). What he meant was.. just tell them NO. You’re the HoH. You’re not putting up Donny.

Of course Donny can’t actually say that because he knows he’s alone and has to tiptoe around the obvious, but it’s frustrating to watch nonetheless.