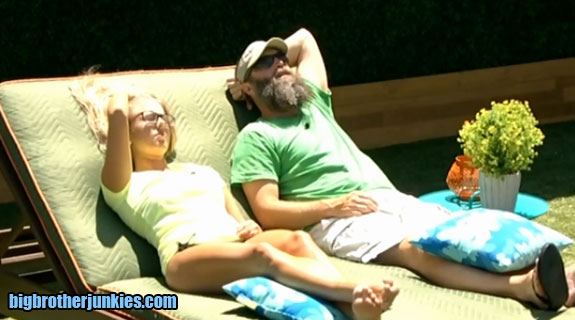 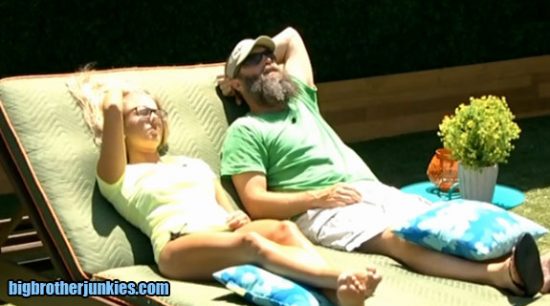 In a surprise to absolutely nobody, including the two nominated players, Cody made a bold move this week and nominated the two powerhouse players of the Big Brother 16 season: Donny and Nicole.  Look, it had to be done.  Cody has Derrick’s game to worry about, and the one person who could put a wrench into Derrick’s complete house control is Donny.  It’s not even the Team America aspect, but just that Donny appears to be the only one to figure out who is controlling things.  Not like it was tough to see, anyone with half a brain could have figured that out, but when you look at Derrick’s alliance of Cody, Caleb, Christine and Frankie, you may find a whole brain combined.

It’s really hard to tell if Derrick is a master manipulator, or he just found the mentally weakest players in the house and stuck to them because of control.  I think it’s unfair to call the players dumb, but mentally weak is certainly a better way to describe them all. Christine may be smart, but she has googly eyes for Cody. Frankie may be smart, but he’s more obsessed with fame.  Caleb could potentially be a little smart, but his loyalty takes over any smart moves.  Finally, Cody may be smart… but he’s not.

So while it’s a pretty stupid move on Cody’s part to put up two players who could have been used later in the game as votes, he decided to do Derrick’s bidding and is quickly screwing himself out of ANY chance at $500k. If I were a betting man, I would have eliminated Cody from finals contention weeks ago, but this week seals the deal.  He’d have to make it to the f2 with Victoria for ANY shot at winning.

Hopefully Derrick takes Cody out to dinner and pays for it with his winnings.

Not sure I will be live feeding tonight. May take the night off, but had to make this post to let you know who was on the block (if you weren’t already aware).