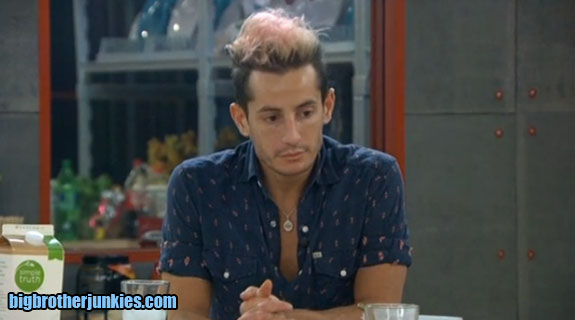 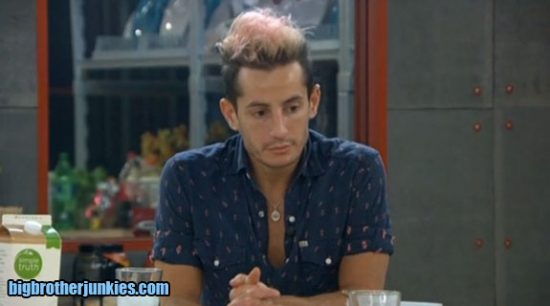 It’s veto meeting day in the Big Brother house, and it could be a big one, or could be a flat dud. That will depend on one person – Caleb.  Christine won the veto, and she is obviously going to use it on herself, so Caleb has the choice to either put up Victoria and send Nicole home, or put up a real target (Frankie) and send them home instead.  As of 10:30am, Caleb is still not committing to any decision and Derrick simply told him ‘whatever you do, we’ll be behind you’, so I guess this one will be a surprise.

Before I begin, I have to give a shout-out to a reader I found out I have, Jeanie Buss, who happens to be the part-owner and president of the Lakers! I’m from the Boston area, so I should say something dumb about the Lakers, but I won’t.  I have no real loyalties to any basketball team, so I may just find myself rooting for the Lakers this winter (I’m sure that will go over real well with my friends, but I don’t mind).