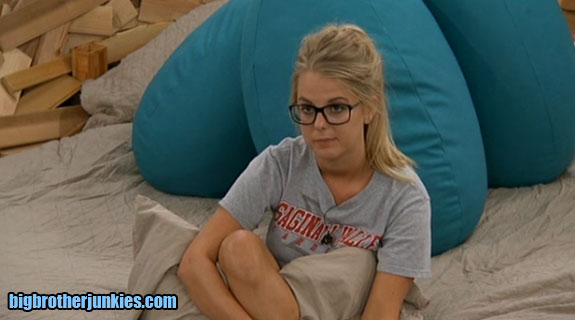 Big Brother 16 – Could A Power Player Go Home This Week? 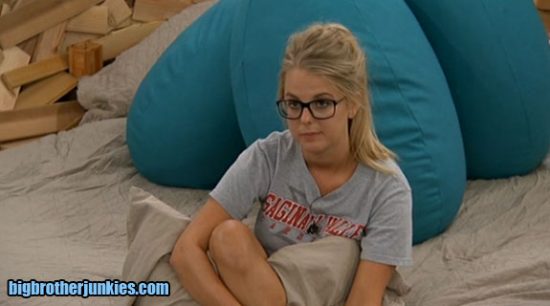 I want to put this out for Beastmode Cowboy, Devin, or any other future player who thinks they can cruise by just winning competitions – It doesn’t happen.  Big Brother competitions are sometimes physical, sometimes mental, but mostly luck. Last night’s HoH competition was one of the rare mental comps where I was even able to predict 3 of the 4 finalists. Caleb still being there at the end was a surprise, but nobody else was. At the end of the day (I need to put that phrase in every blog post), the smartest or the most observant prevailed and Nicole/Donny won the competition. However, next week will likely be some lucky carnival game, or an endurance challenge that favors light players.

This is the first week since the Bomb Squad exploded that a member of the Detonators hasn’t claimed at least 1 spot in the HOH room. Judging from the conversation between Nicole, Donny and Hayden at around 11:30pm, the possibility for a strong player to go home and not just a floater is a real possibility this week.  Both Donny and Nicole plan on putting a strong player up with a weaker player to start, and should the PoV be used, they have another strong player as a replacement nominee – Frankie.

Donny absolutely refuses to put up Jocasta, so what I expect to happen today will be Donny putting up Caleb and Victoria, and Nicole putting up Zach and Jocasta.  Everyone is expecting Caleb/Victoria to win, and if that’s the case, they are fine sending Zach home should the PoV not happen.  If the PoV is used, their ideal situation is putting Zach up against Frankie – oh boy. Fun times ahead!

Meanwhile, another alliance could be brewin in the Big Brother house.  There are whispers of an alliance featuring Derrick (of course), Cody, Hayden and Nicole. Personally, I would love that alliance and pull for it to win every week, although adding Donny would also make it great.  Even without Donny, you have some smart players, strong players, and all around good people. I don’t know how likely this is to happen, but if it does, it would certainly be an enjoyable final 4. Certainly much better than watching a final 3 of GinaMarie, Spencer and Andy.

I am sure I’m leaving stuff out, but I’m being rushed out of the house for some afternoon errands (will they ever end).  Nominations and BOB are today, so I will keep you updated! Keep checking back and let’s hope this plays out as well as it has the potential to.