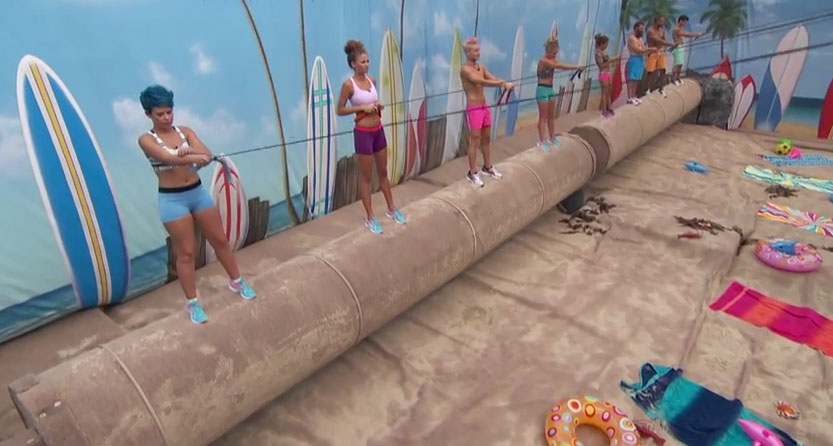 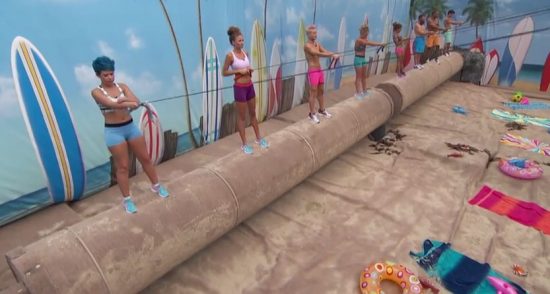 First off, happy Big Brother day!  The time has finally arrived, and in just over 9 hours we will finally begin our Big Brother summer!

On the heels of the kickoff, CBS released a video clip from the first HoH challenge, and it things are now coming much more clear. Tonight and tomorrow, it will be a two-part season premiere.  I couldn’t quite understand the reason for two parts, but judging from the video, it makes sense now.

It appears the players will be split up into two groups (at least to start), with one moving in first, settling in and doing a challenge.  The second group likely moves in a few days later and competes in their own challenge. That is how they will get two HoH’s, and it makes me wonder if the groups will remain split up through the season, or just for the first challenge.

I’d guess tonight we’re only going to see the group above, and that is:


The second group is:


I will be creating a post about this shortly, but reminder that this is the last day to save on the live feeds! Make sure to get them now before you are spending more tomorrow!  Click here to sign up