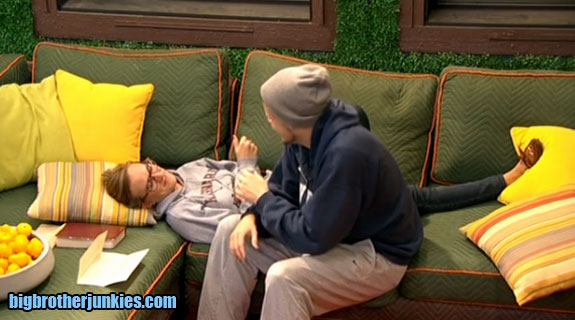 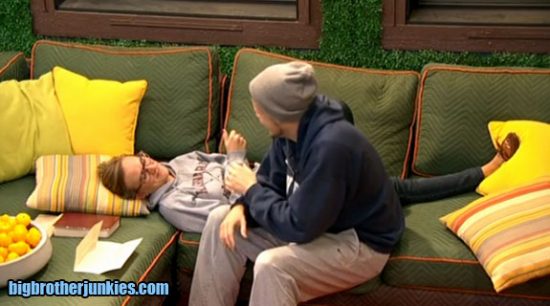 Today has the potential for a pretty explosive day… errr, night (sorry, they sleep all day).  Despite the veto meeting being tomorrow, the guys in the house are thinking of letting Zach know he is going to be the replacement nominee.  Zach is pretty confident Victoria is going up and going home.  The combination could be fun, if it happens.  If not, well Sunday’s are usually snoozers since nobody wants to rock the boat while there is an open spot in the nomination chairs.

Personal stuff (skip if uninterested) .. I mentioned creating a Walking Dead blog the other day. What do you guys think about a general catch-all TV show blog?  Sadly most of the shows I watch or have watched are not on any more (I miss Breaking Bad), but there are two things about me.. I watch TV and I share my opinion. I think as long as I organize the blog in a way where you can go do a specific show and only get that info if you want, that may work.  One reason is, I’m considering on blogging Utopia as well, but I don’t know if that show will suck or not. I don’t want to create a whole new blog for a show people will lose interest in.  Any feedback is great!

Check back for more updates.